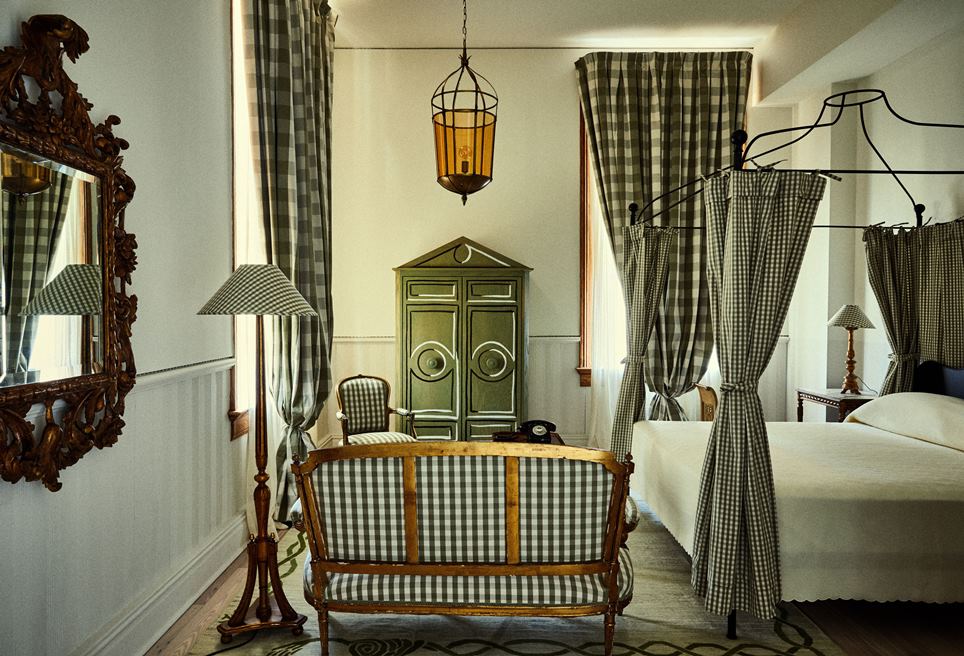 Now, they have been transformed into an elegant hotel that includes 71 guest rooms. The property also features a rotating retail space, a unique meeting and events area located within the restored church, and distinctive food & beverage offerings in the old rectory from the team behind James Beard-award-nominated wine bar and restaurant, Bacchanal. 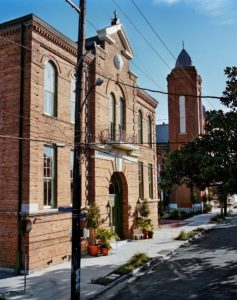 Hotel Peter & Paul is a joint partnership between ASH NYC and prominent New Orleans resident Nathalie Jordi that has an emphasis on culture, architecture and history, welcoming visitors and locals alike. The rectory & church were designed by noted New Orleans architect Henry Howard, and all four buildings were restored and converted by studioWTA, a local architectural firm.

The Peter & Paul site is considered a key anchor of the Marigny community, so the revived site should go a long way towards further revitalizing the neighborhood.

The color palettes common among iconic religious paintings and tapestries dating back to the 14th-18th centuries in Europe and Africa inspired the hotel’s thoughtful re-design by ASH NYC. The firm incorporated many of the building’s original features into its reimagined aesthetic such as the cypress wood moldings, stained glass windows, wainscoted corridors, marble fireplaces, and the original rectory flag pole, which now hosts the Hotel Peter & Paul flag.

Signature design pieces can be found throughout each building including antique chandeliers, custom rugs by ASH handmade in India, and a striking mural depicting a 19th century sitting room located on a stage in the former school house that was used for student performances. Furnishings include pieces designed and constructed locally by the region’s finest artisans, as well as antiquities collected from the great art fairs in Europe and several of New Orleans’ finest estates. 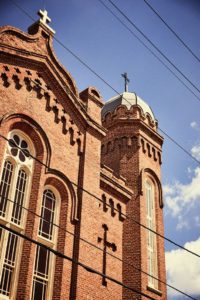 The food & beverage programming at Hotel Peter & Paul is provided by the New Orleans-based Bacchanal Group. Influenced by the city’s Marigny neighborhood, which fuses its New World location with Old World roots.

The ground floor of the former rectory includes The Elysian Bar, a beautiful public space offering niche wines, specialty cocktails, and a menu designed by Chef Alex Harrell with a selection of evolved small plates and local ingredients.

The bar’s namesake is a nod to classical mythology; the phrase ‘Elysian Fields’ describes the feeling of bliss. The Elysian Bar operates as a cultivated paradise and oasis within the hotel. The old side chapel houses a café space, serving refined coffee and freshly squeezed juices throughout the day.

The property also offers an outside courtyard ringed by church bell towers that can be used for dining, rest and relaxation. Guests and locals alike are able to enjoy these culinary offerings in the heart of the hotel. 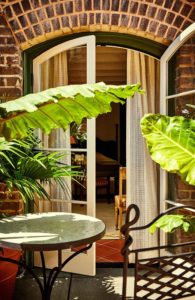 ASH NYC in partnership with Nathalie Jordi have created a 21st century hotel that pays tribute to the history of the city of New Orleans and to aesthetic influences throughout Europe, including Sweden, Italy and France.

Hotel Peter & Paul is the third in an expanding collection of hotels by design development firm, ASH NYC, following The Siren Hotel in Detroit, Michigan and The Dean Hotel in Providence, Rhode Island.

As homage to the hotel and bars’ geographic roots, The Elysian Bar will cultivate paradise and exude bliss through carefully curated food and beverage, plus well-rounded hospitality. Open all day.

The School House Stage will serve as a library lounge for guests, courtesy of local bookstore Blue Cypress Books. The vintage collection of curated titles will include selections like A Streetcar Named Desire and Confederacy of Dunces, as well as more uncommon finds. 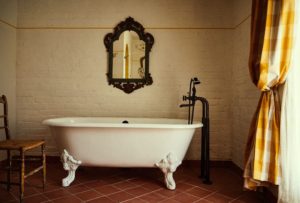 Guests can also browse a large selection of national and international press titles, including regional outlets like Momma Tried and Oxford American and more eclectic journals like Gourmand, Perdiz, and The Believer. All of these books and magazines will be available to guests to peruse, borrow, and purchase.

The Hotel Peter & Paul hosts a small retail area located in the School that features an exclusive line of keepsakes and everyday products for guests and locals alike. 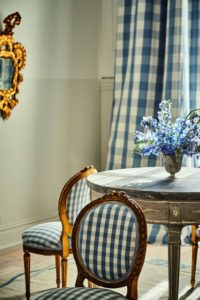 ASH NYC is a Brooklyn-based real estate development and design firm premised on the joining of historically compatible disciplines in one company and under one roof. The team aspires to bridge the worlds of interior design and property development, while embracing related opportunities to products, furniture, brands, and experiences.

Bacchanal is a wine laboratory where food music and culture collude with Holy Vino to create the most unique evenings only experienced in New Orleans’ Ninth Ward.

What started as a sleepy little wine shop on the outskirts of New Orleans slowly emerged as an eclectic Bywater watering hole, and then after Hurricane Katrina became an epic part of the city’s recovery as guest chefs from around the city came and cooked for the crowds on Bacchanal Sundays, NOLA’s original pop-up.

Nathalie Jordi, who lives in and loves the Marigny neighborhood, partnered with ASH NYC to revive the beautiful, formerly blighted block that has now blossomed into the Hotel Peter & Paul.