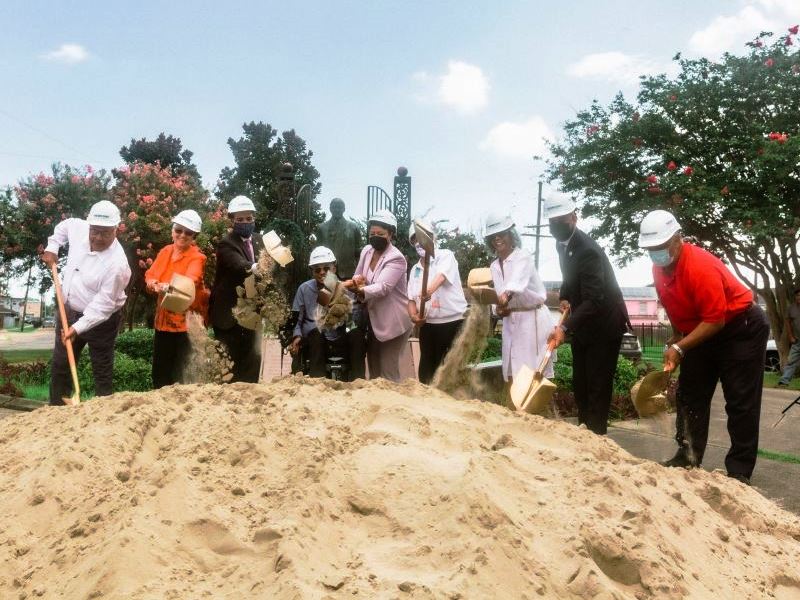 The ceremony was held in conjunction with the 7th Ward Revitalization Project, which is spearheaded by the New Orleans-based Community Development Financial Institution (CDFI), NewCorp Inc.

“What I really like ab0ut this project is that NewCorp didn’t just decide what the community needed,” said A. P. Tureaud, Jr., Tureaud’s son. “They surveyed the community and asked them what they were looking for.”

The Honorable A. P. Tureaud, Sr. was a New Orleans native and civil rights activist who served as the attorney for the New Orleans chapter of the NAACP during the Civil Rights Movement.

Tureaud filed numerous civil rights lawsuits during his long career such as the lawsuit that ended segregation in the New Orleans public school system.

Following Hurricane Katrina, the 7th Ward received the least amount of investment and currently has the highest crime rate in the city.

NewCorp’s 7th Ward Revitalization Project envisions enhancing the beauty, prosperity, and health of this community to make it a desirable place to both live and visit.

“NewCorp is remembering, restoring, and uplifting the legacy of 7th Ward for generations to come,” said NewCorp Inc. CEO Vaughn Randolph Fauria. “We are helping to fund the dream, the vision, and the efforts of this community, so it can thrive.”