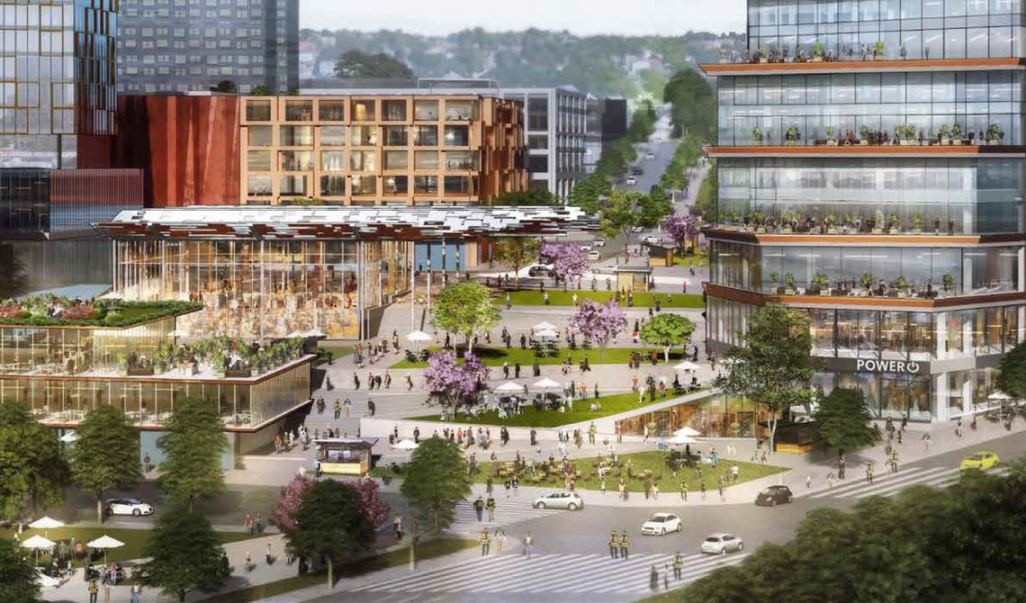 On June 21, 2019, construction began on the long-awaited I-579 Cap Urban Connector Project in Pittsburgh, Pennsylvania. As with so many other urban highways throughout the U.S., planners considered the local African American neighborhoods to be the most expendable when seeking land for the freeway. 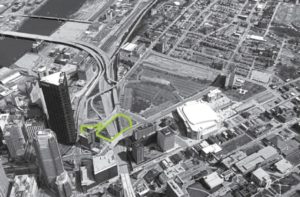 Vibrant low-income neighborhoods were demolished, and those that weren’t destroyed immediately were destroyed over time by the fragmentation the highway created.

The I-579 Cap Urban Connector Project aims to correct that by turning the highway into a tunnel (capping) and by developing the resulting “new” real estate (air rights) into a public park. While everyone loves the idea of repurposing and renewing the space to reconnect and revitalize the area, not all in the black community are happy with the way it’s being done.

Community activist Carl Redwood, Chairman of the Hill District Consensus Group, worries that the park is essentially taking over the historically black neighborhood. “[It] represents Downtown taking over a portion of the Hill District, not the other way around,” he was reported as saying in the Pittsburgh Post-Gazette. “They want the lower Hill, including this cap, to look like a hockey game. What I mean by that is not many black people will be participating.”

The I-579 “Cap” Urban Connector Project (the “Cap” project) will consist of the construction of a new “cap” structure spanning over a portion of I-579, and improvements to an adjacent intersection and underutilized vacant land parcels. The Cap project will re-establish the physical link with Downtown Pittsburgh and the Hill District community. The 3-acre “Cap” project will create safe and accessible routes for walking and biking between the Hill District and Downtown.

The “Cap” project will be transformative for the Hill District by removing a physical barrier and re-establishing connectivity to centers of employment, education and services in Downtown Pittsburgh. 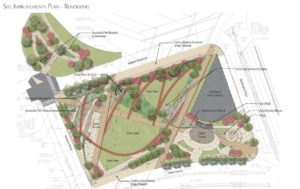 As part of the final design, a design review and community process was undertaken to obtain input from residents of the Hill District and other stakeholders regarding the details of design of the 3-acre public urban open space that will make up the surface of the “Cap.”

The inclusion of art was articulated as a community desire. While standalone art is a consideration for the additional future surface elements described above, what has been developed to be included in this base construction cost are embedded design elements as conceived by artists. Below is a summary of the process that we undertook in the development of these embedded design elements:

The SEA, in collaboration with the Office of Public Art (OPA), released a national Request for Qualifications for artists to participate on the design team for the Project. An artist information session to encourage Hill District-based artists to apply was held on September 28, 2016 at the Hill House Blakey Center.

As a result, artists who are past or present Hill District residents (Amir Rashidd, Darrell Kinsel, Dr. Kimberly Ellis) became part of the design team. Another artist was added because of her experience in integrating art within PennDOT transportation projects (Jann Rosen-Queralt). Based on the recommendation of the committee, Lakeisha Byrd, a Hill District resident, with architecture background, and owner of Communion LLC, was also added to the design team to support the artists and community engagement efforts.

LBA, Communion, and OPA worked with the artists to collaboratively develop design concepts that will be integrated into the construction documents of the Project. This included a four-day design charrette with the artists in December of 2016. Thereafter, the artists participated in several work sessions between January and March of 2017 to further define the design concepts.

LBA and OPA presented the design to the SEA’s Art Committee on April 18, 2017. The Art Committee requested that the artists have a meeting in the community to present the design with a specific focus on the text included in the design. LBA, OPA, Communion along with artists, Amir Rashidd and Dr. Kimberly Ellis, presented their conceptual design to the City of Pittsburgh Art Commission and received preliminary approval on April 26, 2017.

Communion organized the public meeting requested by the SEA to present the Project’s surface design. The meeting was held on June 22, 2017. Overall, members of the audience expressed enthusiasm for the design, specifically its focus on African American history and experience.

Featured rendering courtesy of Gensler. All other images courtesy of the Pittsburgh Sports & Exhibition Authority.