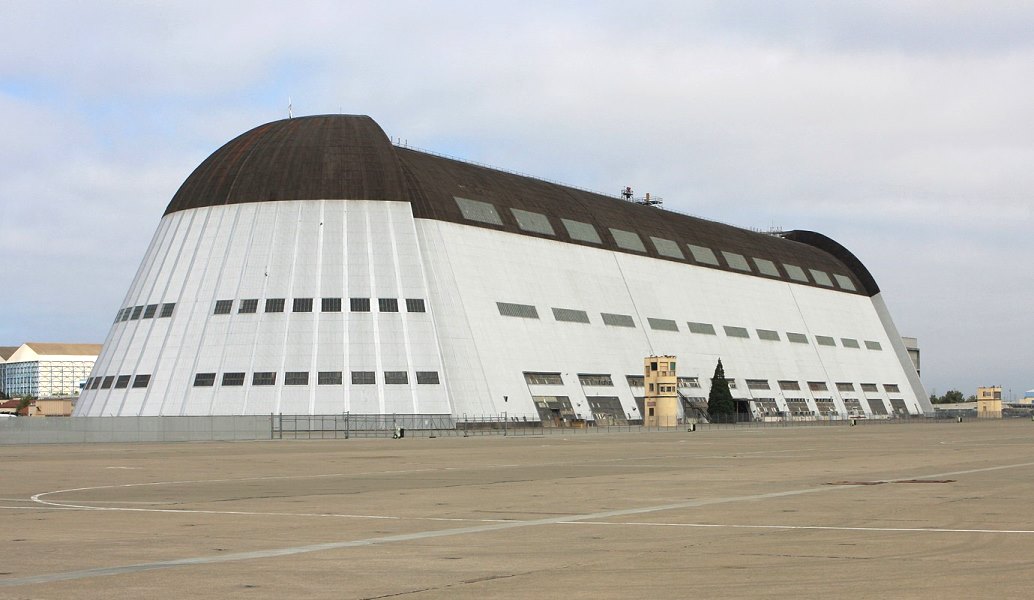 Near Mountain View, California, Hangar One is one of the world’s largest freestanding structures, covering 8 acres (3.2 ha) at Moffett Field in the San Francisco Bay Area.

The massive hangar has long been one of the most recognizable landmarks of California’s Silicon Valley.

An early example of mid-century modern architecture, it was built in the 1930s as a naval airship hangar for the USS Macon, and is now part of the NASA Ames Research Center.

In October 2011, Google top executives Larry Page, Sergey Brin and Eric Schmidt proposed paying the full $33 million cost of revamping Hangar One and remediating the many contaminants, in exchange for being able to use up to two-thirds of the floor space to shelter eight of their private jets.

In 2014, NASA and the General Services Administration selected Planetary Ventures (a subsidiary of Google) to manage Hangar One and Moffett airfield, and Google would pay $1.16 billion over 60 years for the lease.

In May 2016, Google announced that it is prepared to begin testing different techniques to remove the toxic chemicals from the hangar. In May 2017, it was announced that the restoration of the hangar would be completed in 2025

Now, that 3-year effort to restore the historic Hangar One has begun.

Photo by Erik Charlton via Wikipedia.