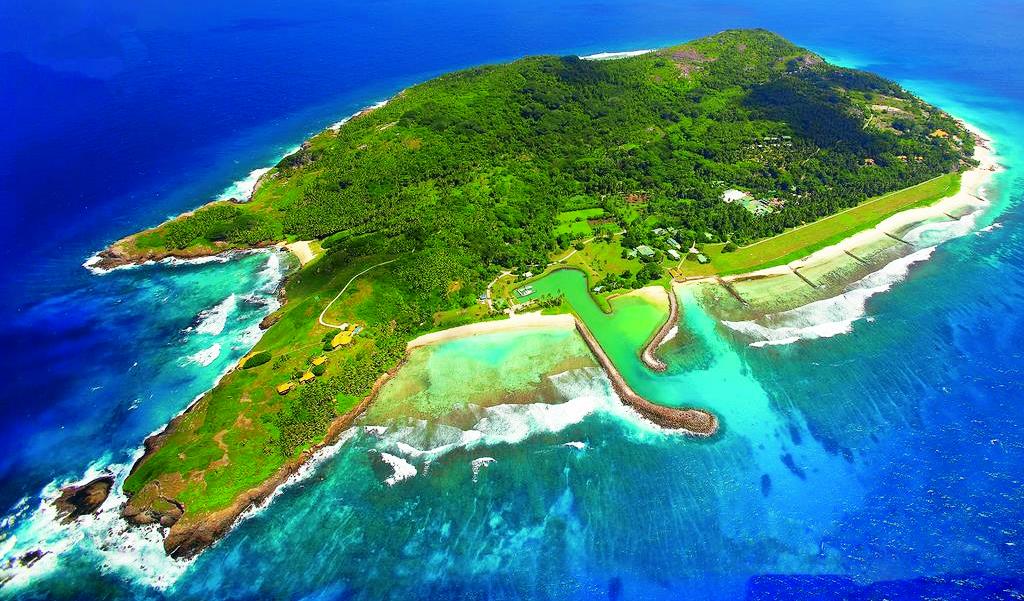 Few businesses have a more-direct connection between their revenue and local ecosystem services than a dive resort. Little wonder, then, that such operations are increasingly integrating coral reef restoration into their business activities.

Back in the August 15, 2018 issue of REVITALIZATION, we featured a story about how a luxury resort in the Maldives is actually encouraging their guests to partake in such restoration efforts. As I (Storm Cunningham) have been saying in my talks and workshops for the past two decades, what we restore, restores us. What we revitalize, revitalizes us.

Now, a similar resort in the Seychelles has a similar program. Seychelles Fregate Island Private, a luxury eco-retreat, is partnering with two international organisations based in Switzerland for its first coral restoration project.

Fregate Island is home to many rare and exotic species from the critically endangered Wrights Gardenia to the indigenous giant tenebrionid beetle, and the conservation team is dedicated to restoring the natural habitat and saved the endemic Seychelles magpie robin from extinction.

The island’s conservation manager, Richard Baxter, says that the purpose of the partnership was to get help to take the habitat restoration experience underwater. 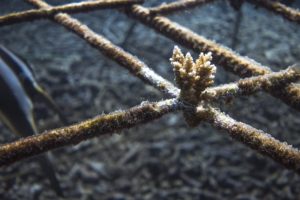 In support of the International Year of the Reef 2018, a new coral propagation project has been conceived off the coastal waters of Fregate, the easternmost granitic island of the Seychelles—an archipelago in the western Indian Ocean—in partnership with Coralive.org and Blancpain Ocean Commitment.

Blancpain Ocean Commitment similarly supports the oceans under the world’s oldest watchmaking brand. Blancpain’s environmental initiatives are for the preservation and restoration of the oceans, focusing on long-term projects.

The project involved installing eight metal structures on top of the affected coral reef and coral fragments collected from surrounding areas were attached to the structures. 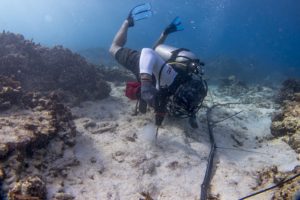 These coral fragments are being sustained by an electrical impulse of the mineral accretion technology.

The mineral accretion technology is a method that applies safe, low voltage electrical currents through seawater, causing dissolved minerals to crystallise on structures, growing into a white limestone similar to that which naturally makes up coral reefs and tropical white sand beaches.

This technology was invented by the late, great German scientist Wolf Hilbertz. I had the honor of doing a week of volunteer work as a diver at his Jamaica facility in the early 90s. In fact, it was that experience that catalyzed my first book, The Restoration Economy (Berrett-Koehler, 2002).

All the artificial structures have been put in place by Coralive.org. The locations have been carefully chosen and identified as areas which were severely damaged by the most recent bleaching event in 1998, which destroyed close to 90 percent all corals in the Seychelles.

The chief executive of Coralive.org, Ahmad Allahgholi, has acknowledged that the project is an important step in being able to “scale-up’ coral restoration initiatives in the region. “Corals are under greater threat than ever before, due to such factors as overfishing and climate change which results in bleaching events and more severe and frequent tropical storms,” he explained. 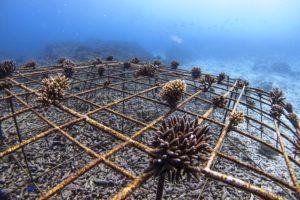 “These scenarios make coral restoration necessary in order to help nature recover faster and become more resilient to future threats. I am very excited that Frégate Island Private, with the support of Blancpain, gave Coralive.org the opportunity to initiate a project to jumpstart the regenerating process,” Ahmad added.

Talking about what he expects from the project, Richard Baxter concluded, “We aim to show the method of mineral accretion is a viable conservation method to protect Seychelles’ reefs. In two years’ time, we expect to see corals cover the mineral accretion structures faster than the coral nursery method. The next steps will hope to scale the method up to larger areas of damaged reef.”