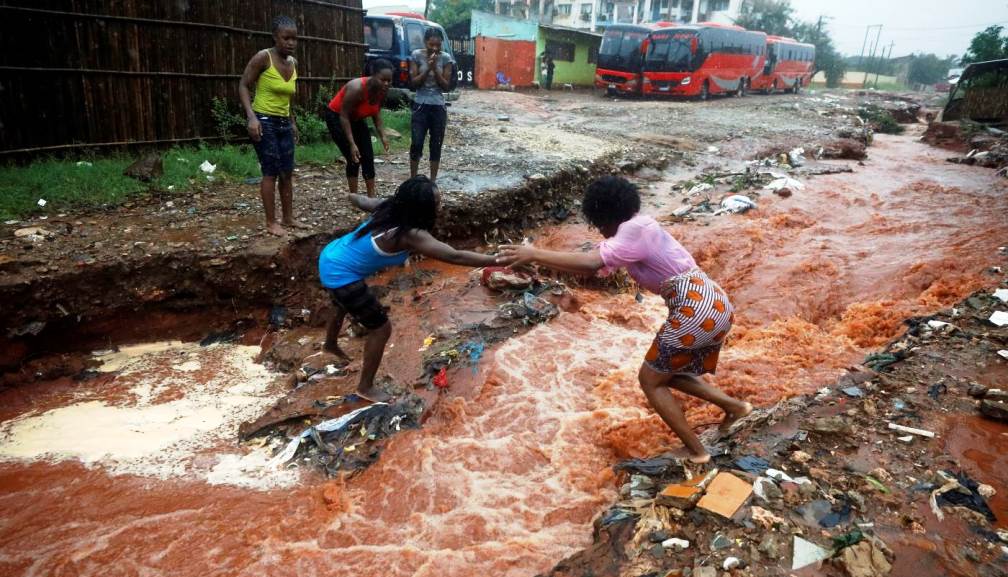 The East African country of Mozambique—which was battered by two deadly cyclones in March and April of 2019—held an international conference on May 31 and June 1, 2019 to drum-up funding to help it build back stronger.

“What we have learned from these cyclones (is) we need to build new infrastructure – but resilient,” Vice-minister for State Administration Albano Macie told the Thomson Reuters Foundation on the sidelines of a recent global conference on preventing disasters.

Mozambique hopes to attract donors, development banks and aid agencies with cash and technical expertise to the conference in the devastated port city of Beira.

Its redevelopment plans include resettling families away from risky areas and rebuilding power grids, water supplies and other critical infrastructure in a more robust way, Macie said.

U.N. officials told the disaster prevention forum there was no time to lose in stepping up protection for people who are highly exposed—like those in Mozambique —as wild weather threatens more loss of life and economic damage, powered in part by the global climate crisis.

Mami Mizutori, head of the UN Office for Disaster Risk Reduction (UNDRR) which organised the conference, urged governments to step up efforts to meet the seven targets set in the 2015 Sendai Framework, a global pact.

Those focus on substantially lowering deaths, numbers of people affected and economic losses from disasters by 2030. “There is little doubt that we must accelerate our efforts and raise our level of ambition,” Mizutori said in closing remarks.

“As we have witnessed in Mozambique, India, East Africa and many other countries and regions around the world in the past years, climate and disaster risk is pushing millions of people back into poverty each year,” the statement said.

Some Asian countries have succeeded in putting in place mass warning and evacuation systems that are saving lives, as happened earlier this month when Cyclone Fani smashed into India and Bangladesh.

But more effort is needed to ensure the likely impacts of extreme weather are better understood and communicated to all those in danger in a timely way, the WMO emphasized.

In Mozambique, for example, with Cyclone Idai, communities in low-lying areas were caught without flood warnings, as more attention had been paid to the potential strength of the winds.

Cyclone Kenneth, meanwhile, hit an area not used to such storms, making it hard to convince people to evacuate, said the deputy director-general of the national meteorological service.

Vice-minister Macie said the Mozambican government was still assessing the extent of the “loss and damage” caused by the two powerful storms that hit the country’s central and northern coastal areas.

So far it has estimated the cyclones killed about 650 people, affected some 1.87 million more, and caused “massive destruction” of housing, clinics, schools, roads and bridges.

People living in coastal cities like Beira were particularly vulnerable to the storms as a result of Mozambique’s 16-year civil war, he noted. Many from rural areas fled the conflict to cities where they settled in poorly planned slums, then stayed after the fighting ended in 1992, he added.

Now the government wants storm-hit people not to reconstruct new buildings in risky areas. Farmers with fields close to flood-prone rivers should have another place to retreat to on higher ground, Macie said.

But “to change the mentality of people is not easy. It takes generations,” he said, adding that educating children on the issue would be a future priority.

Mozambique has a national disaster risk reduction plan and laws to manage disasters, but requires financial and other support to fully implement them, he added.

As the Geneva conference ended, U.N. disaster prevention chief Mizutori said governments were not yet acting fast enough to develop national and local strategies to ward off disasters. To date, 91 out of 197 U.N. member states have done so, ahead of a 2020 deadline. “This is a serious cause of concern,” Mizutori added.

This article by Megan Rowling (@meganrowling) was edited by Laurie Goering, and first appeared on the website of the Thomson Reuters Foundation, the charitable arm of Thomson Reuters. Reprinted with permission.