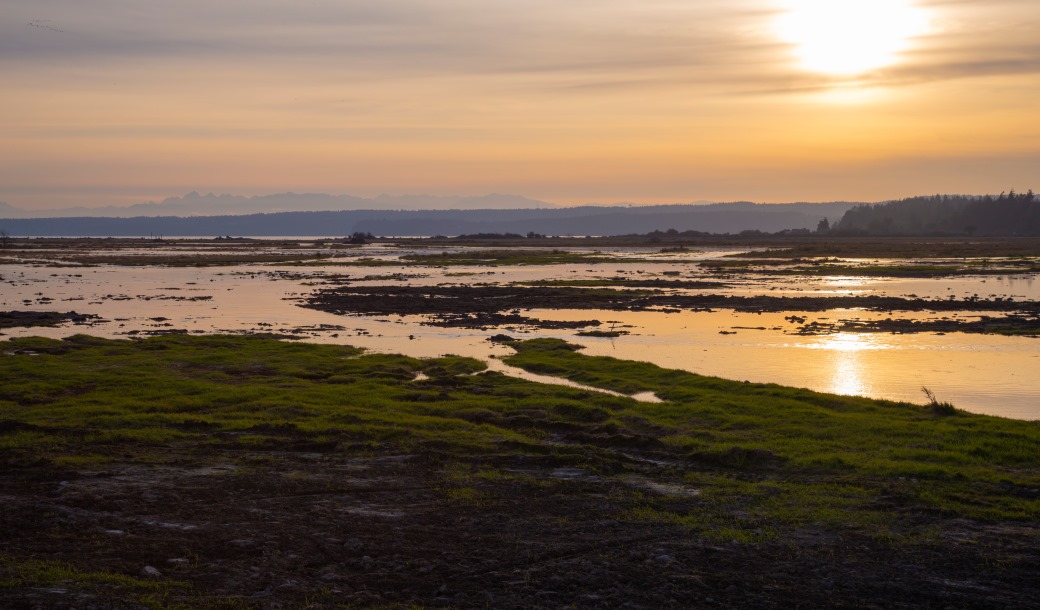 In Washington state, Leque Island is located west of the town of Stanwood, between Port Susan and Skagit bays. It was once entirely salt marsh, until October 14, 2019, it consisted of degraded wetlands and previously-farmed fields surrounded by perimeter dikes that starved the wetlands of natural tidal flows. 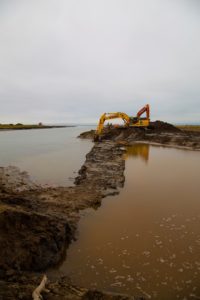 On October 14, something started happening that hadn’t happened in 135 years: the tides. The old dike that had prevented wildlife—such as juvenile salmon—from reaching 250 acres of important breeding habitat between Stanwood and Camano Island was breached.

People have been advocating for—and planning—the Leque Island Estuary Restoration Project for some 15 years in the making.

“There have been so many twists and turns along the way,” said Loren Brokaw, Washington Department of Fish and Wildlife (WDFW) restoration projects coordinator. “It’s kind of surreal we’re to this point now.”

But humans will still be welcome: the restored site will open as a public recreation area in early November of 2019, featuring kayak launch sites, plus a 3/4-mile hiking trail. 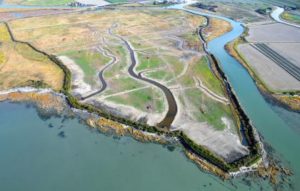 The newly-restored tidal flows are using channels that were recreated two years ago by WDFW workers during Phase One of the project. They weave their way through former farmland that has been returned to its original function: a home for wildlife.

WDFW began acquiring properties on Leque Island in 1974, and currently owns the entirety of the island. The Leque Island Unit is part of the Skagit Wildlife Area.

The perimeter dikes on the island have repeatedly failed during high tide and storm events, most recently in 2016. Each breached section of dike was temporarily repaired until a long-term solution could be found. Removing all or some of the dikes was determined to be the best solution.

To help with decision-making on project design moving forward, WDFW and partners engaged local stakeholders and formed a committee of outdoor recreationists, local jurisdictions, tribal representatives, and farmers to guide the process beginning in 2013. In the end, the committee ranked the full restoration design higher than the partial and no restoration alternatives. WDFW selected that design alternative to move forward for engineering and construction. 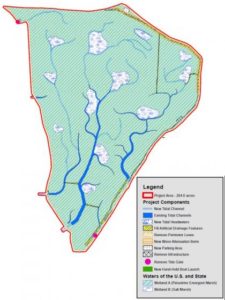 In July 2019, WDFW and partners started constructing the Leque Island Estuary Restoration Project. Removing over 2.4 miles of levee will restore 250 acres of tidal marsh habitat in the Stillaguamish River watershed where 85 percent of historic tidal marsh has been displaced.

Estuaries are important for juvenile Chinook salmon as they transition from fresh to salt water, as well as shorebirds, waterfowl, and a host of other species in the area. Because Puget Sound‘s southern resident killer whales rely upon Chinook salmon for food, the project is also closely aligned with orca recovery efforts.

In addition to habitat restoration benefits, a 0.7-mile wave protection berm will be constructed to protect the City of Stanwood. This berm will also serve as an elevated walking trail that will allow people to continue to enjoy the property.

A new small boat launch will allow hand-carry boats to put in on the west side of the project area for paddling access in the new tidal channels. WDFW has also partnered with the City of Stanwood to build a new larger boat launch for motorized boats slightly upriver near the Hamilton Smokestack in 2020.

All images are courtesy of the Washington Department of Fish & Wildlife.