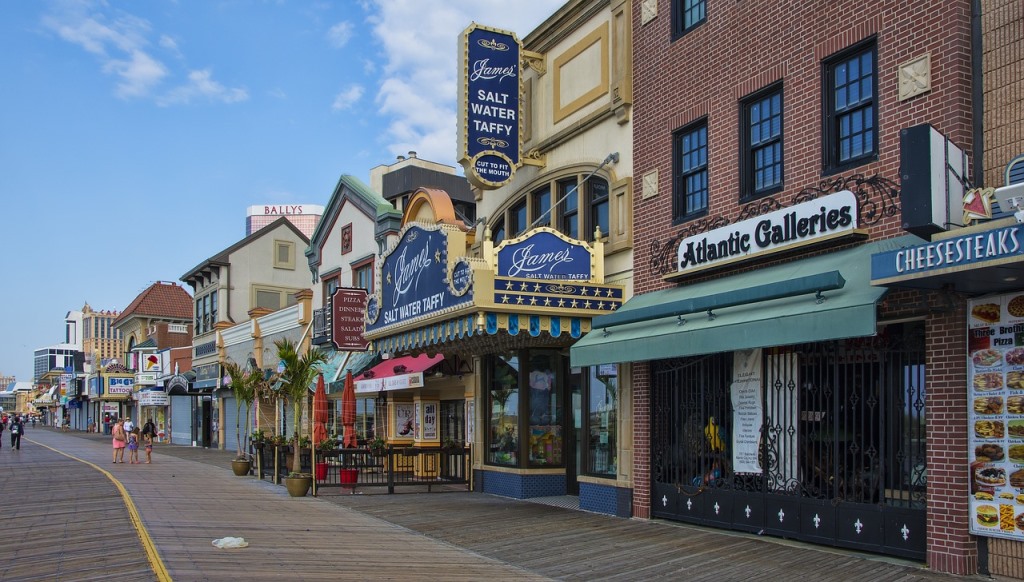 Every U.S. state has at least one significant city that could be labeled “revitalization resistant.” Despite its diminutive size, New Jersey has at least three of them: Camden, Trenton and Atlantic City. Jersey City and Newark have both been making good strides towards revitalization in the past decade.

We’ve documented many attempts to revitalize Atlantic City here in REVITALIZATION over the past decade. Here’s the latest.

“The iconic Atlantic City Boardwalk serves as a central hub for small businesses and a tourist destination,” said Senator Booker.

“As the frequency and impact of severe weather and coastal flooding increase, ongoing rehabilitation is needed for the boardwalk to remain safe for residents, businesses, and tourists. I was proud to support this critical revitalization project, which will repair damaged sections of the boardwalk and ensure that it remains a central component of the community’s economy,” he added.

As the frequency of severe weather increases, this investment will provide for the reconstruction of 1200 feet of the boardwalk, helping improve the safety and resilience of the site.

The project will also support the local tourism economy and is estimated to generate $5 million in private investment and create 125 jobs.

Senator Booker wrote to the U.S. Economic Development Administration (EDA) in support of the project last year, and successfully fought for its funding.

The grant is funded by the American Rescue Plan, which Booker and Menendez both supported.

“Atlantic City is vital to our state’s tourism industry and plays a critical role in the success of the local economy,” said Senator Menendez.

“I’m proud to have worked in a bipartisan manner to pass the American Rescue Plan which will deliver millions of federal dollars to support this major project, while creating good-paying jobs and boosting the South Jersey economy. I thank the Biden Administration for supporting this project and their dedication to families across New Jersey,” he continued.

The two programs are designed to accelerate the recovery of communities that rely on the travel, tourism and outdoor recreation sectors.