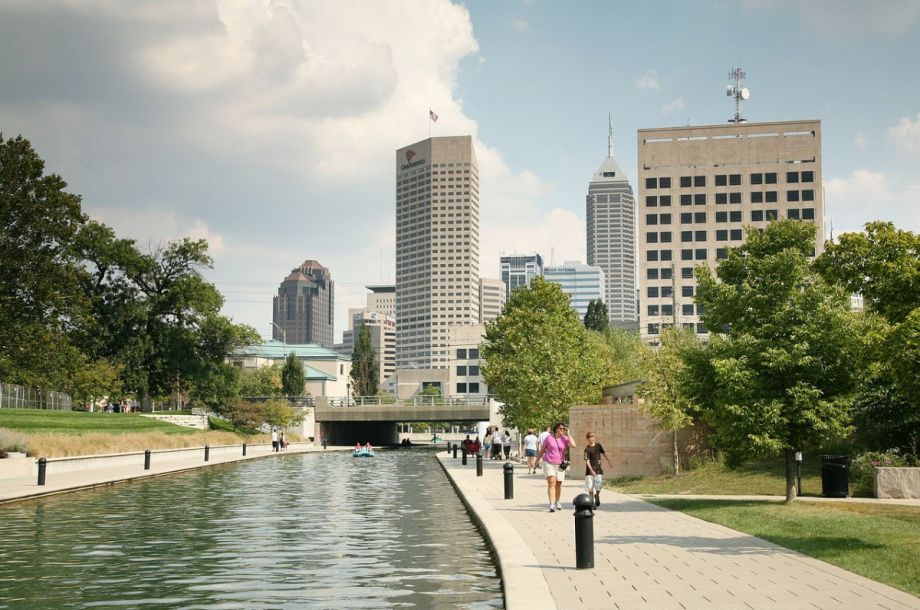 Despite a desperate need for sidewalks, Indianapolis, Indiana went more than 20 years without constructing a single one.

With a consolidated city-county government, the footprint of municipal services encompasses 3,000 miles of thoroughfares and residential streets over 400 square miles.

But it’s not just cars and bikes navigating those streets; there are also pedestrians on the asphalt, hugging the side of the road and trying to patch their way through a city that wasn’t designed with them in mind.

But in 2010, Indianapolis saw an infusion of $500 million after it sold its water and sewer utility to a public charitable trust. That money was designated for investment in infrastructure projects in a five-year program called RebuildIndy. Fifty public meetings were held to gather ideas for how to spend the money.

“Consistently, sidewalks were at or near top of list, along with trails and bikeways,” says Scott Manning, communications director at Indy’s Department of Public Works.

Now, that conversation has a defined space in the public sector. “Going forward, the next mayor, and the mayor after that, and the city-county council, whether they want to or not, they will have to acknowledge that sidewalks and connectivity are a big issue,” Manning says.