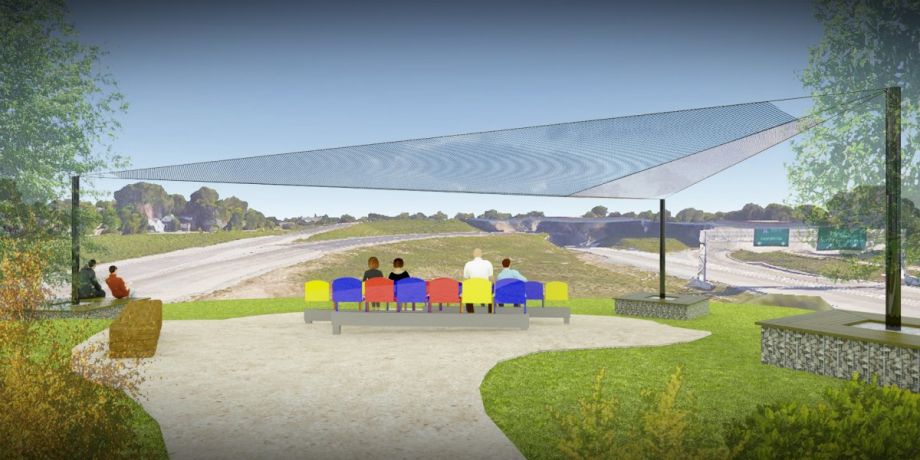 Indianapolis, Indiana will soon have a green oasis in the unlikeliest of places: a grassy hill between two interstate highways. The brainchild of local restaurant owner (and Jimmy Buffett’s stage manager) Tom Battista, “The Idle,” as the project is called, comprises a simple, inexpensive viewing stand where neighborhood residents can relax and watch the traffic go by. 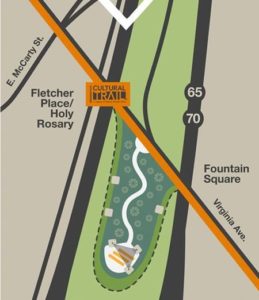 A rest stop along a bike path is nothing new, but a rest stop above two major highways? Now that’s unique. And thanks to a new crowdfunding campaign run by Southeast Neighborhood Development (SEND) and a local entrepreneur, that’s exactly what will be built off the Cultural Trail in Indianapolis. The campaign is sponsored by the Indiana Housing & Community Development Authority (IHCDA) and is offered through the crowdfunding platform Patronicity.

If the campaign reaches its crowdfunding goal of $41,000 by June 16, 2017, the Idle project will win a matching grant with funds made possible by CreatINg Places, a program of IHCDA. For project details and to donate, please visit: www.patronicity.com/idleindy

The funding raised during this campaign will allow SEND to create a place for people to escape, appreciate nature and gather with friends, right off the Cultural Trail. In between Interstates 65 and 70, this urban green space will be opened with a gravel path, at the end of which will be stadium seating and shade where people can sit and watch the highway traffic flow by.

“The Idle is a boldly unique way to reconnect people and neighborhoods, the first of its kind! If you like the idea of seeing your contribution create a new community green-space that is accessible to all, please become a “friend of The Idle” and donate today,” said Tom Battista, Project Manager.

CreatINg Places is a collaborative effort between IHCDA and Patronicity, where local residents can use crowdfunding to achieve the creative improvements they want to see in their communities, and be backed with a matching grant from IHCDA. Communities and non-profits can apply at https://patronicity.com/CreatINgPlaces.