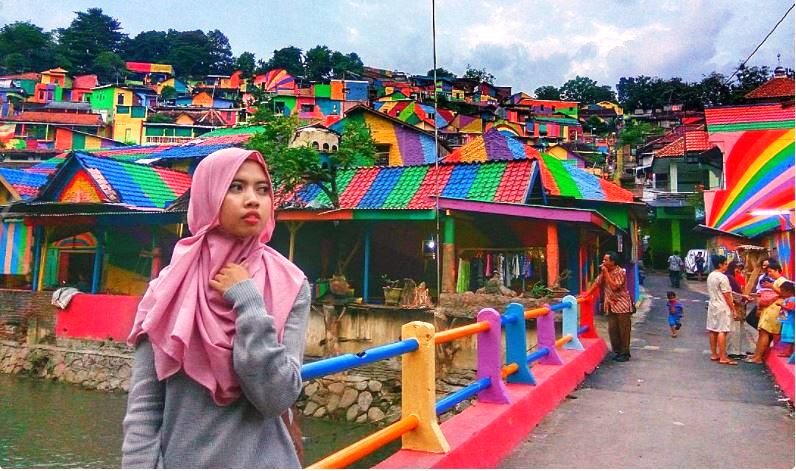 A formerly run-down slum on a large lake in Central Java, Indonesia has revitalized itself with $22,000 worth of paint. 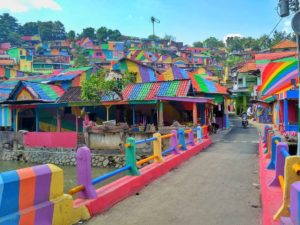 Well, the town of Kampung Pelangi has temporarily revitalized its tourist industry: whether the community’s leaders can leverage this into lasting regeneration has yet to be seen. For that to happen, they would likely need a more-comprehensive revitalization strategy and process.

The local government got the backing of the federal government based on the hypothesis that making the place visually spectacular would draw attention away from its general lack of typical tourism-generating infrastructure and features. It worked. With a budget of 300 million rupiahs for the initial work, the goal was to paint every building with at least three colors.

The results include heart-motif murals, multicolor flags, polka-dot panels, and 3-D textured reliefs. It has been a resounding success, as visitors from near and far make pilgrimages to the candy-color wonderland to snap photos for Instagram.

So many people have been flocking to the town that, not only has the local economy improved, but the town plans to expand the beautification project to even more homes. 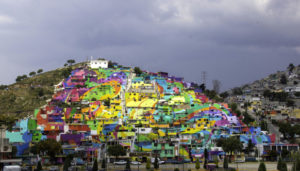 The paint-based revitalization strategy was brainchild of a 54-year-old junior high principal named Slamet Widodo. He says he was inspired by similar efforts in other Indonesian towns, the entire repainting was done for just 300 million Indonesia Rupiah

Those other Indonesian towns were likely inspired a well-publicized youth project in the village of Palmitas de Pachuca in the state of Hidalgo in Mexico.

Palmitas de Pachuca famously revitalized itself in 2015 when a local team of young artists calling itself the “German Crew” repainted their community like a rainbow.

Unless otherwise attributed, all photos by Arie Prakhman via Instagram.