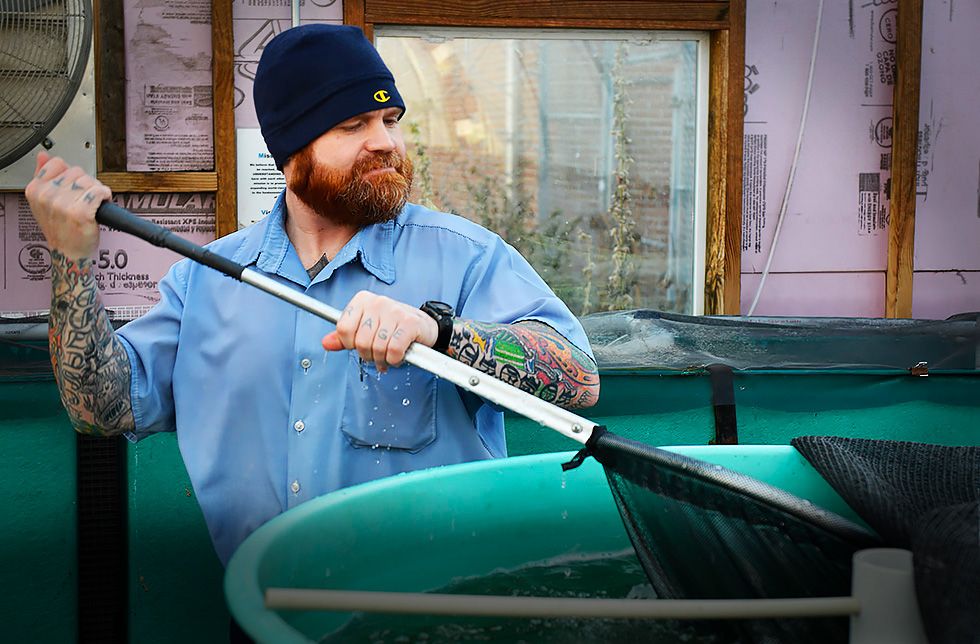 The prison environment, it turned out, is well suited for raising endangered hellbenders, the largest North American salamander, which can grow to two feet in length.

Robert Cooper has been a prisoner at Marion Correctional Institution, in central Ohio, for 15 years. In six months, the hellbenders he has raised will be released into the wild as part of the Ohio Hellbender Partnership, a consortium of zoos, universities, and government agencies collaborating to help the amphibian’s recovery. There is no certain date for Cooper’s release, however. He murdered a woman 15 years ago, when he was 21, and is serving a sentence of 27 years to life.

Cooper says the program gives meaning to his long days behind bars and offers a way to show others that he has changed. A gangbanger during his first few years in prison, today he’s affable and polite. All that’s left of that former self are the tattoos on his knuckles, which he says he wishes he could erase.

“A lot of guys give up on life in here,” he says. “That’s something I don’t want to do. I got kids. I got family that I actually want to make proud of me.” He pauses, clears his throat and adds: “I done enough for them to dislike me. I’m trying to make them where they like me again.”

Leah Morgan, who was hired in 2012 to be the Ohio Department of Rehabilitation and Correction’s first sustainability expert, says: “The men and women who work with the endangered species from inside the fence are given an opportunity to help sustain the life of another species—it’s really rewarding for them. At the same time, it’s incredibly helpful for the scientists, who otherwise might not have the time and resources to dedicate to raising these animals at the scale needed to make an impact.”

A growing number of programs enable inmates restore endangered plant and animal species…and themselves in the process.