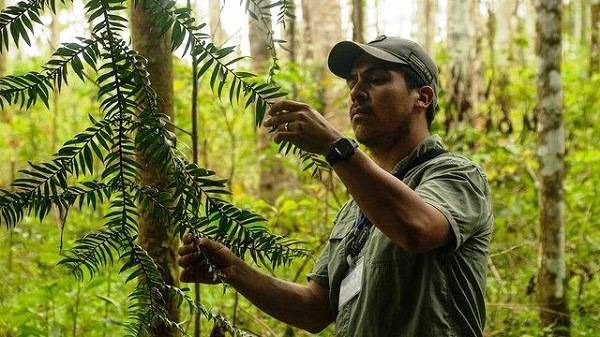 On December 19, 2017, the World Resources Institute (WRI) released a new report, Roots of Prosperity: The Economics and Finance of Restoring Land. It identifies seven reasons why investment in restoration has not reached its potential, and describes the smart policies and innovative financing models necessary to turn the tide.

Restoring the world’s 2 billion hectares of degraded land is both essential and possible, provided governments figure out how to unlock billions of dollars in restoration investment.

Fifteen years after the seminal 2002 book The Restoration Economy was published, Roots of Prosperity becomes the first new report to bring together current research on the economics and finance of restoration, and provide policymakers with actionable guidance and real-life case studies to overcome them.

From Costa Rica to Norway, and from Ethiopia to the United States, there is a massive gap between the proven benefits of restoration and investments in it. For example, of the $141 billion of public climate finance allocated in 2016, less than 2 percent ($3 billion) was for land-use, even less for restoration. That’s compared to research showing conservation and restoration could deliver 37 percent of emissions reductions needed by 2030. So why aren’t more climate funds, banks, governments and portfolios investing in it?

Given the strong political impetus for restoration, now is the time to accelerate action on the ground. The authors say “we hope this report will help to develop the foundation of a thriving restoration economy.”

To increase investment in forest and land restoration, governments need to take the following actions, among others:

The report says that an improved information base and a standardized evaluation framework would enhance restoration planning and implementation:

To do this, a global initiative that is similar to The Economics of Ecosystems and Biodiversity (TEEB), could be developed to gather evidence of restoration interventions in different regions and to make the benefits of restoration visible to the world.

The report was released at the Global Landscapes Forum 2017 by Felipe Calderón, former President of Mexico; Naoko Ishii, CEO and Chairperson of the Global Environment Facility; and Andrew Steer, President and CEO of WRI.

“We need to create policies that capture the value and incentivize the benefits of the right use of land,” said President Calderón. “The report takes the human being as a protagonist and agent of change in the land.”

Land degradation costs the world more than $6.3 trillion a year-equivalent to 8.3 percent of global GDP in 2016-and jeopardizes the livelihoods of half a billion people who depend on forests and land resources. On the flip side, restoring degraded lands can deliver short- and long-term gains for the economy, jobs, food security, and the planet. Research shows that $1 spent to restore forests can deliver up to $30 in economic benefits.

Momentum is moving in the right direction: governments around the world have already committed to restore nearly 160 million hectares of land through regional initiatives such as AFR10 0. And the investment world is starting to take note, with more than $2 billion of finance earmarked for restoring land under Initiative 20×20. But it isn’t enough.

“We need to find a way to feed nine billion people without degrading the natural environment anymore,” said Ishii. “The world belatedly has discovered the power of soil, the power of forests, and the power of nature. I see clearly that the restoration and landscape approach has been gaining momentum,” she continued.

Steer added, “The kind of evidence in this report is empowering decision-makers. Put a dollar wisely into restoring land and you can get up to $30 back. The stock market can’t deliver that, but restoration can. Political momentum is gaining speed and we need to translate that into action on the ground.”

The report features real-life case studies such as the phase-out of cattle subsidies in Costa Rica, which shifted incentives from land degradation to those supporting restoration, in turn boosting eco-tourism and strengthening the economy. It shows how economic analyses can identify who benefits from restoration and who pays the costs. And how governments can break through barriers, identify beneficiaries and direct funds to encourage smaller projects to grow.

“Finance is like oxygen to an economy, while economics is equivalent to blood circulation. This report talks about how to get both working for restoration so we can re-green the planet,” said Sofia Faruqi, Manager at WRI and report co-author. “The time to act is now. Inaction is the most expensive course in the long run, both in terms of money and human progress.”

Roots of Prosperity also outlines the main steps involved in carrying out economic analyses, bringing to light the full value of ecosystem services and social benefits as well as the costs of degradation. These insights can help governments to develop policy instruments and financing mechanisms that promote restoration on the ground. They can also help stakeholders incorporate environmental and social benefits into financing decisions.

President Calderón, Dr. Ishii and Dr. Steer are members of the Global Restoration Council, which met ahead of the GLF2017 to help drive political support to accelerate restoration worldwide.

Featured photo of reforestation in Costa Rica is by Aaron Minnick/WRI.