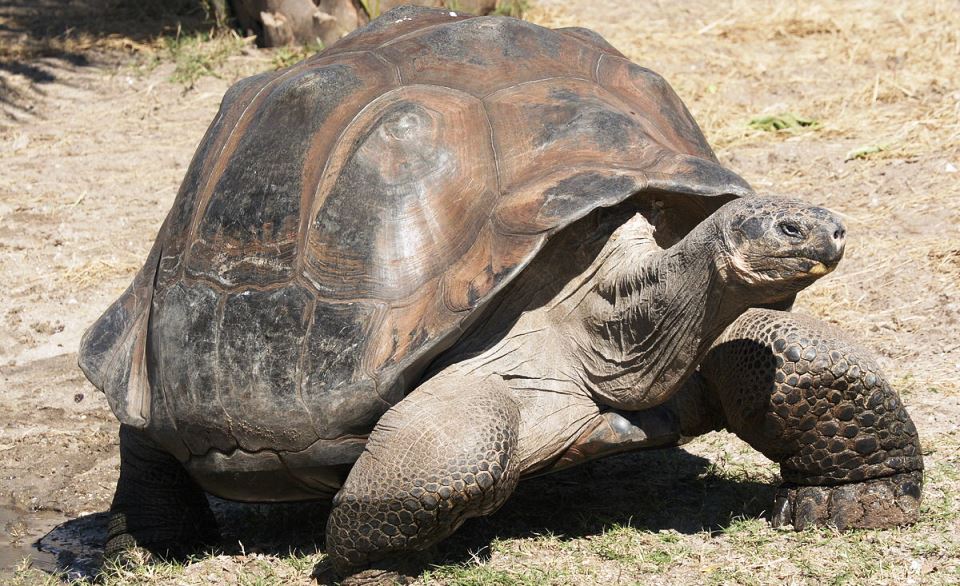 It’s been a heartbreaking but ultimately inspiring conservation and restoration story over the past 30 years to save a variety of giant tortoise species on the Galapagos Islands where Charles Darwin famously put together his theory of evolution.

As many as 300,000 giant tortoises once roamed the volcanic islands located hundreds of miles off the coast of Ecuador in the Pacific Ocean. But over the past two centuries, hunting by whalers and invasive species (mostly goats and black rats) brought in their ships reduced their populations by an estimated 90 percent.

The tortoises themselves are massive, weighing as much as 500 pounds and crowned with massive saddleback shells. While the herbivores don’t move quickly, they are considered migratory animals, traveling around the islands to feast on vast amounts of in-season vegetation. They are engineers of their local ecosystems, helping disperse a huge amount of seeds.

To fight the rats, researchers gave the tortoises a head start, hatching them in captivity and rearing them until they’re large enough to no longer be a prey.

And the goats have all but been eradicated thanks to sniper shooting from helicopters.Goats are successful procreators and excellent hiders. In order to snuff them out, scientists affixed GPS tracking devices on “Judas goats,” who were then released and ran to their herds.

“We’re now looking at what would be involved to actually recover this incredible dynasty of creatures to their original numbers,” said James Gibbs, a scientist with the Galapagos Conservancy.

Galapagos Conservancy (GC) is dedicated exclusively to the long-term protection of the Galapagos Islands. This single focus allows them to maximize the impact of the financial support of their members, who include individuals and institutions that care deeply about the Galapagos Islands and understand the scientific importance of preserving this extraordinary ecosystem.

Collectively, their members represent the largest source of private funding for Galapagos conservation. GC’s direct support to on-the-ground research and management has more than doubled since 2004. They are committed to strengthening local institutions and to creating local capacity to ensure long-term protection of the archipelago.

GC leverages resources by working in close partnership with many allies, the most central being the Charles Darwin Foundation and the Galapagos National Park. They also collaborate with scientists from many U.S. universities, international non-governmental organizations, and a multitude of other institutions that are committed to Galapagos conservation.