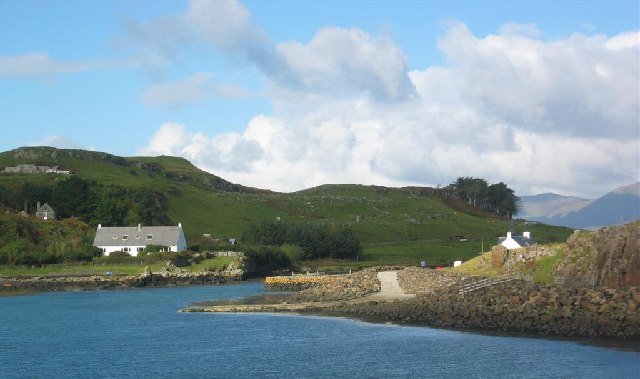 Muck is the smallest of four main islands in the Small Isles, part of the Inner Hebrides of Scotland. It measures roughly 4km from east to west, and has a population of around 30, mostly living near the harbour at Port Mòr.

In August of 2016, the Isle of Muck sent out a global appeal via Facebook for a primary teacher for its seven children. The school’s popular teacher had quit and none of the initial six candidates followed up on their initial interest, as the reality of life on an island without a shop and cut off from the mainland for several months in the year began to dawn on them.

Yet following the Facebook appeal, Highland Council has been swamped with applications from all over the globe for the £35,000 a year post, which brings with it a three-bedroom flat and, in the opinion of the last teacher, Julie Baker, “a short commute and stunning views over the sea to Ardnamurchan Point”.

These places might be remote and require small triumphs of human endurance, but people will always want to live in them.

The internet and social media have made life on an island that little bit less remote and made the task of running a business on it a lot less costly. In the last census the overwhelming majority of Scotland’s islands saw their populations increase.

On Arran, the seventh-largest Scottish island, there is optimism that some recent depressing trends can be reversed. The island’s population stands at around 4,600 and the trend is pointing towards further depopulation as the elderly diminish in number and its young people leave.

Local businessman Derek Shand, who is also a contractor for Business Gateway Services in Arran and Cumbrae, is optimistic about Arran’s future.

Likewise, Laura Helliwell, who is pleased with the bookings she has taken for the season so far for Arran’s Ormidale Hotel, which has been run by three generations of her family since the 1930s. “I think people are now beginning to recognise that new technology and the internet have the potential to be good for remote island communities. It has brought our places to the doorsteps of people living continents away.”

Photo of Port Mòr, Isle of Muck by David Crocker via Wikipedia