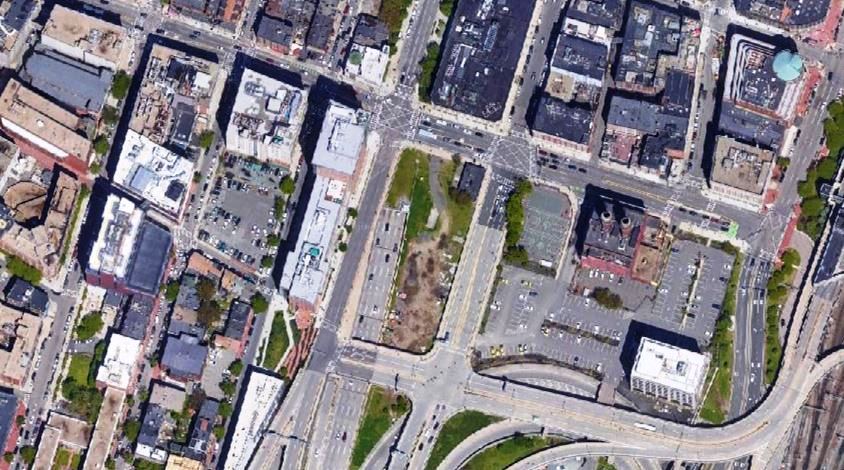 The Massachusetts Department of Transportation (MassDOT) has issued a, Invitation To Bid for the redevelopment of public land on Kneeland Street two blocks from South Station, one of the few large undeveloped parcels remaining in downtown Boston.

The state is asking redevelopers to revitalize 1.3 acres at MassDOT’s Parcel 25, a site bound by Kneeland, Lincoln and Albany streets immediately adjacent to the Interstate 93 on-ramp outside Chinatown.

A smaller third parcel at the corner of Kneeland and Lincoln streets, owned by the city of Boston and spanning nearly 5,000 square feet, could also be included in the project.

“The property stands as a blank canvas of urban development potential, located in an area well-suited for residential, hotel, medical, office, lab, tech-oriented, retail, civic and cultural uses, or other creative development,” the document states.

“The property holds the potential to not only close a missing link between South Station and surrounding neighborhoods, but also reopen and reactivate a major gateway to the city,” it continues.

Appropriate uses for the parcels include housing, office, hotel, lab, R&D, institutional or retail space, the invitation states. If residential use is included in proposals, at least 20% would need to be affordable.

A development at the site could reach up to 300 feet, per federal aviation guidelines, but would require a zoning change.