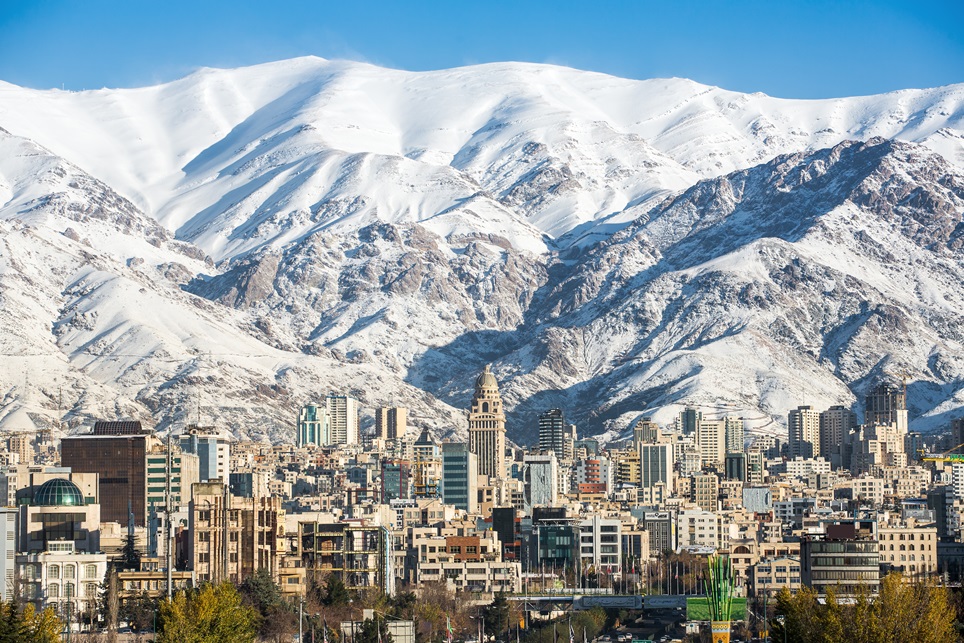 Iran (originally Persia) is home to one of the world’s oldest civilizations, beginning with the formation of the Elamite kingdoms in the 4th millennium BC.

It’s bordered by Armenia, Azerbaijan, Turkey, Iraq, Turkmenistan, Afghanistan, Pakistan; the Indian Ocean, the Caspian Sea, the Persian Gulf, and the Gulf of Oman. Little wonder why everyone considers its future of such strategic importance. Tehran is the country’s capital and its largest city, as well as being its leading economic and cultural center.

Maryam was 22 days old when Iranians overthrew the Shah in 1979. The Islamic regime that followed—with its black and brown robes, covered heads, and dour religiosity—was “just a fact” of life, she says.

“One of my teachers used to tell us that if any strand of your hair showed, you would be hung up by it,” continued Maryam. “Now you can drive around in a car with your boyfriend, and no one says anything. Like, I didn’t know how to dance. I still don’t.”

The May 19, 2017 presidential vote produced jubilant street celebrations. President Hassan Rouhani–the nearest thing to a liberal allowed onto the ballot–had been re-elected. Iran’s presidential elections have been steadily taking a more liberal direction, and Rouhani has been opening up the economy while expanding personal freedoms. If hard-line American conservatives impose harsher sanctions on the country–or declare war on it–the repressive fundamentalists would almost certainly regain power in that fear-laced environment.

If most Iranian youth are conservative by Western standards, their outlooks and lifestyles are also becoming more diverse. Hanging out at a Tehran skateboarding park in a baseball cap and T-shirt, Arshia, 19, says he listens to rap. At home, he watches The Walking Dead on satellite TV. “We get our ideas from Instagram and social media,” he says. “If it wasn’t for them, I’d probably be like my grandfather and pray.”

Iman is a 33-year-old man who owns a music store. Conservatives hate music, Iman says, “because if music becomes more popular, no one will listen to the imams.”

Rouhani’s strongest support came from the over-60s. Already adults at the time of the revolution, they remember how things were before 1979, when they lived in an autocracy, but had far fewer religious and social restrictions.

Most of them took part in the demonstrations that set the stage for the Shah’s overthrow, but they supported the secular government that initially took power. Khomeini’s Islamists, who wrested control, “cheated us,” says a man named Farah. “We were looking for more political freedom, but instead we lost all our freedoms.”

An observant though not devout Muslim, Maryam says she gave up religion when Islamic security forces killed Green Movement protesters in the streets on Ashura, the holiest day in the Shiite calendar.

The 1997 election of Khatami, a reformist, ushered in what Maryam says was a golden age for personal freedoms. “I saw the change in my aunts,” she says. “They used to be very strict, but they came to see it was a mistake.”

Note from Storm: I was in Iran in 1971, while the politically-repressive, U.S. oil company-backed Shah Mohammad Reza was still in power. I had a wonderful time there. Like all smart dictators, he kept everything working smoothly on the surface. Only those who complained about the government found themselves being tortured in the SAVAK‘s dungeons.

SAVAK was the secret police, domestic security, and intelligence service established by the Shah in 1959, with significant help from our CIA. The Iranian oil industry was briefly nationalized under Prime Minister Mohammad Mosaddegh, but a US and UK-backed coup d’état deposed Mosaddegh and brought back foreign oil firms. (Full disclosure: I was a member of what was effectively the CIA’s combat arm in the early 70s (before they got their own SAD), but I’m overjoyed to say I had no part in any of the dozens of bloody revolutions they fomented against democratically-elected leaders (many in Central and South America) on behalf of U.S. resource extraction companies.)