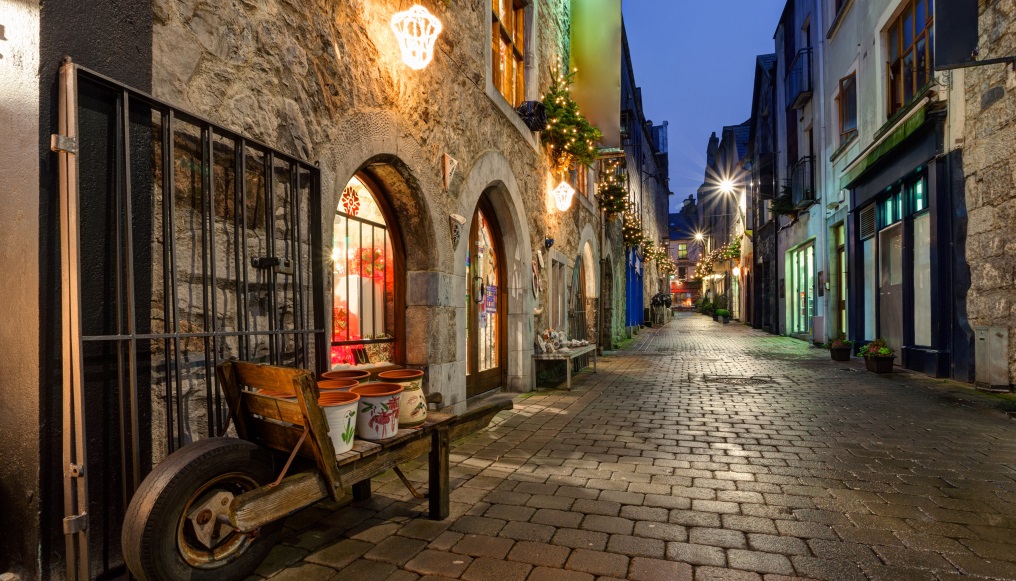 On November 26, 2018 the Prime Minister (An Taoiseach) of Ireland, Leo Varadkar TD and the Minister for Housing, Planning and Local Government, Eoghan Murphy TD announced that 88 projects will be allocated a total of €100 million under the Urban Regeneration and Development Fund (URDF).

The aim of the URDF is to stimulate new infill residential and commercial development to help revitalize larger cities and towns. These new developments will be supported by new services and amenities, and will help us to achieve the “compact growth” that was set out in Project Ireland 2040. It’s all about taking a sustainable approach to developing the nation.

An Taoiseach said, “The Urban Fund is aimed at all of our cities and towns with a population of more than 10,000. It’s an investment of €2bn over the next 10 years aimed at unlocking the potential undeveloped sites in our towns and cities. We want them to have vibrant centres and to grow up rather than out.”

He added, “We want smart, compact, urban growth. We want to make sure we have more people living in our city centres and close to the centre of large towns, making it easier to walk to work, cutting commuting times and distances, making better use of existing infrastructure while also benefitting the environment. The scale of funding available under this fund means the successful projects will have a tangible and positive impact on the daily lives of people living in our large towns and cities. We have never planned our towns and cities in this way before. We’re announcing €100m in projects today and I look forward to seeing construction starting in the new year.”

It’s one of four funds set up under the National Development Plan 2018-2027, and is being implemented by the Department of Housing, Planning and Local Government. A total of €2 billion has been allocated to the URDF up to 2027, with €550 million available for between now and 2022.

This is just the first round of funding with further rounds following in 2019, right up to 2027

Eoghan Murphy said, “I’d like to extend my congratulations to successful applicants and wish to thank all those who submitted an application. I am hugely impressed by the enthusiasm and creativity demonstrated by all those involved throughout this process and am delighted to allocate €100 million in funding for 2019 to some very worthwhile projects. We will of course continue to work with those that wish to develop projects into the future and will enable a continual dialogue on this to ensure a pro-active delivery of sustainable projects.”

“A key feature of this Fund is continued collaboration, whether between Government Agencies, local authorities, communities and other stakeholders. I wish successful applicants all the best with their proposals and I look forward to seeing the lasting impacts of these in the years to come,” he added.

Project Ireland 2040 is the Government’s overarching policy initiative to make Ireland a better country for all of us, a country that reflects the best of who we are and what we aspire to be. It’s informed by the Programme for a Partnership Government 2016, which recognises that economic and social progress go hand in hand, as well as by the National Planning Framework to 2040 and the National Development Plan 2018-2027.

Project Ireland 2040 emphasises social outcomes and values ahead of economic targets. It prioritises the wellbeing of all of our people, wherever they live and whatever their background.

The Minister for Culture, Heritage, and the Gaeltacht, Josepha Madigan TD, explained, “A total of 9 projects that will receive funding have a cultural element to them, including an exciting new cultural plaza in Sligo, an innovative cultural quarter in Portlaoise and even a Living Georgian City Programme in Limerick. This is in keeping with this Government’s strong understanding of and support for culture. It is also recognition of the centrality of culture to development and regeneration. Culture is central to Ireland and its people. Cultural spaces have enormous benefits. They foster a more creative and innovative Ireland. They provide an opportunity to enjoy our cultural heritage, language and landscape. And they create and sustain community cohesion, collective well-being, and a sense of belonging.”

The four funds are a major innovation in Project Ireland 2040. Rather than allocating funding in a ‘business as usual’ way to Government Departments, money will be allocated competitively to the best projects, which leverage investment from other sources thereby ensuring that the impact of this investment goes much, much further.

The Urban Regeneration and Development Fund (URDF) was launched as part of Project Ireland 2040, to support the compact growth and sustainable development of Ireland’s five cities, regional drivers and other large urban centres. The URDF is designed to leverage a greater proportion of residential and commercial development, supported by infrastructure, services and amenities, within the existing built-up areas of our larger urban settlements.

The Department of Housing, Planning and Local Government (DHPLG) has responsibility for implementing the URDF, which has an allocation of €2 billion in the National Development Plan (NDP) to 2027. A call for proposals opened in July and closed at the end of September.

The Fund is the most broadly applicable urban regeneration initiative in Ireland for many years and in line with the objectives of the National Planning Framework (NPF), is designed to leverage a greater proportion of residential and commercial development, supported by infrastructure, services and amenities, within the existing built “footprint” of our larger urban areas.

The Minister of State at the Departments of Business, Enterprise and Innovation, and Education and Skills, John Halligan TD, concluded, “The projects that will be funded as a result of today’s announcement have the potential to transform our key urban centres, not just physically but also from an economic and social perspective, delivering key infrastructure that will drive renewal and investment. Aside from being game-changers in their respective areas, these regeneration projects will enhance balanced regional growth and the sustainable development of our cities.”

Photo of back street in Galway, Ireland via Adobe Stock.