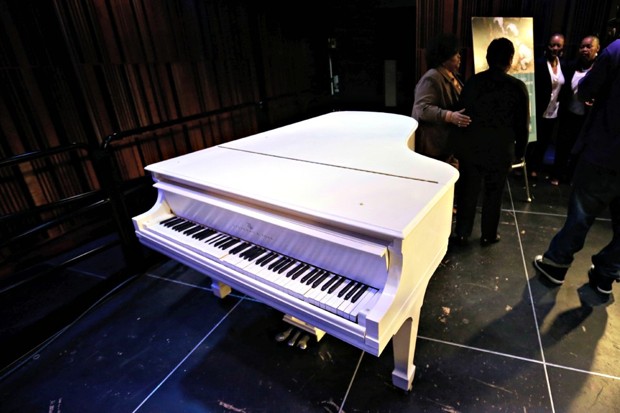 If you could see Fats Domino’s piano today—white and gleaming on a pedestal at the Louisiana State Museum in the Old U.S. Mint in New Orleans’ French Quarter—you might think he had been kind enough to donate one of his signature grands to the museum for its music collection.

That is, if you were unaware of the devastation caused by Hurricane Katrina 10 years ago, including Domino’s home on Caffin Street in the largely obliterated neighborhood known as the “Lower Nine,” where the white Steinway once held pride of place in Domino’s living room.

Submerged in nine feet of water from a massive breach in the nearby Industrial Canal, it sat for weeks in the fetid lake that covered 80 percent of New Orleans after Katrina. Curators from the Louisiana State Museum raised $35,000 to have it reassembled and restored, and it now sits beneath a spotlight in an exhibit room as if waiting for Domino himself to sit down and play it.

At the dedication ceremony in 2013, Lieutenant Governor Jay Dardanne said, “His beautiful grand piano, fully restored, will serve as the perfect symbol for Louisiana’s resilient nature and ever-evolving musical heritage.”

Well, no and yes. Despite the painstaking restoration, the white grand piano is unplayable. It is this last fact that makes the story of this instrument such a powerful metaphor for New Orleans since Katrina.

It is a tale about persistence in the face of government neglect, cataclysmic disaster, and the painful incompleteness of reconstruction.

More particularly, it is a lesson about the importance of preserving the material remains of the city’s past even as it focuses on the future.