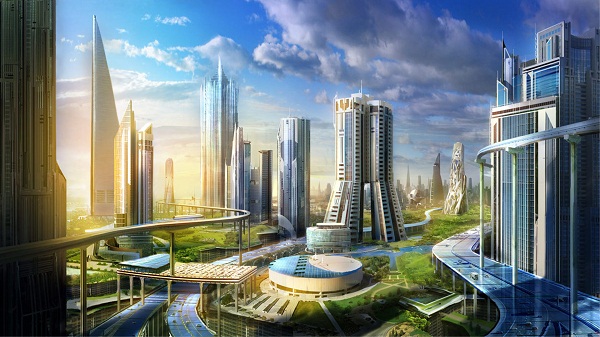 The current trajectory of urbanization and city-building is not going to get us where we need to go.

In fact, if you google “The Future of Cities,” the images that come up reflect a dominant vision, and a caricatured extrapolation of what is currently being built in the “most developed” human settlements.

This was Peter Elmlund’s motivation for developing the “Future of Places” program–a partnership with UN-Habitat and Project for Public Spaces which Elmlund runs at Sweden’s Ax:son Johnson Foundation.

The goal of the 4-year program of successive conferences (the last of which occurred recently) which has hosted over 1,400 public space leaders from over 80 countries, has been to advance the focus of public space, streets as public spaces, and Placemaking in the New Urban Agenda and Habitat III. But even more boldly, as Peter put it, our aim has been to shift our city-building future “from objects to places.”

The current vision of “the future of cities” is void of people, difference, chaos, street life, and interaction – the very qualities that make ‪cities valuable and viable.

While depicting the misdirected urban goals of ‪mobility, icon, and open space, these images of the future ignore the qualities that great cities can produce: access, sociability, use, comfort, and identity – the ingredients of place.

The future of thriving and resilient cities will not be led by innovations around infrastructure and services, but by building the capacity of communities to drive their own shared value.