The Isle of Wight is a county and the largest and second-most populous island in England. It is in the English Channel, and is known for its mild climate, coastal scenery, and verdant landscape. The island is designated a UNESCO Biosphere Reserve, and has some historic resorts that have been holiday destinations since Victorian times.

On June 18, 2019, the Isle of Wight announced a £200 million economic regeneration program for the entire island. It’s designed to create jobs, provide more affordable homes, reduce poverty and breathe new life into some of the Island’s most deprived areas.

Dubbed “Inspiration Island“, the revitalization program describes how the Isle of Wight Council will lead the regeneration agenda over the next decade to ensure a sustainable economic future for the Island.

It includes ambitious proposals to build 1,000 affordable homes by 2025, increase average pay to £600 per week by 2027 and close the poverty gap between our most affluent and deprived areas by 20 per cent by 2030.

In total, the strategy approved by Cabinet last week represents a near £30 million capital cash injection by the council into regeneration schemes touching every corner of the Island. This in turn will unlock over £150 million of other public and private sector investment to drive the program forward. 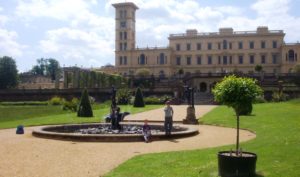 Councillor Wayne Whittle, Cabinet member for regeneration and business development, said “every penny” would be targeted towards maximizing future opportunity and putting right the things that were not working for Islanders. “Our ambitious regeneration strategy sets out where we are today and the actions and activities we believe will enable the vision for the future as a place to inspire to be realized,” he said.

“Regeneration is about creating the environment within which people can live the best quality of life they can,” he added

The 2019-2030 strategy not only sets out the council’s ambition to grow and improve the Island’s wealth, but also boost education standards, skills and the availability of jobs.

Referring to the “regeneration jigsaw”, Whittle explained, “Businesses need skilled workers, people need good homes and schools to make choices for themselves and their families, communities need a great environment and a vibrant culture to value the towns and villages in which they live. Achieving more by linking these issues and, more importantly, actions to address them, is what a good regeneration strategy is all about.”

The strategy—which will be regularly reviewed and updated—has been shaped by a series of workshops and conferences over the past 18 months, as well as an online “Wight We Want” survey which saw nearly 2,000 people voice their priorities.

The document takes each area of the Island and details priority areas identified by residents, the local housing need, infrastructure imperatives and any known regeneration proposals.

However, Councillor Whittle continued, “True regeneration is about more than bricks and mortar, it is about measurable social and environmental improvement in people and place. It is a focal point for a range of other plans and strategies, from both within and outside the council.”

In separate-but-related news, the Isle of Wight Councillors also approved their Digital Island Strategy which aims to help Islanders and businesses embrace digital living and support economic growth by developing digital skills. The goal is to turn the Isle of Wight into the world’s smartest and most connected island.

Councillor Whittle said, “Digital technology presents major benefits for Island communities, allowing them to be connected in a way that has not previously been possible. Our digital strategy will deliver growth within the economy, support improved digital and transport connectivity, education and skills and contribute to better health and social care services.”

Digital Island is an important part of the council’s wider £200 million regeneration program, which tackles the island’s structural, economic and financial challenges.

Many Islanders can access advanced broadband speeds thanks to the roll-out of the Gigabit Island program. The focus now will shift to so-called “not-spot” areas to ensure all communities are connected. The goal is to bring full fiber broadband to 50,000 houses by 2021 — just over 70 per cent of Island homes — with the ambition to achieve 100 per cent access soon after.

Meanwhile, digital technology is already supporting more older people to live independently and at home for longer, helping to avoid significant costs of having to be placed in residential or nursing care.

The strategy also highlights how technology is helping local industry “overcome the barrier of water”, allowing them to operate in a global, cyber economy and increase productivity from right here on the Island.

The document, approved by the Cabinet, also details how new systems will improve the council’s own services by increasing the number of transactions that can be completed online.

Featured Photo (courtesy of Isle of Wight Council) shows Newport Harbour, one of their key areas for regeneration.