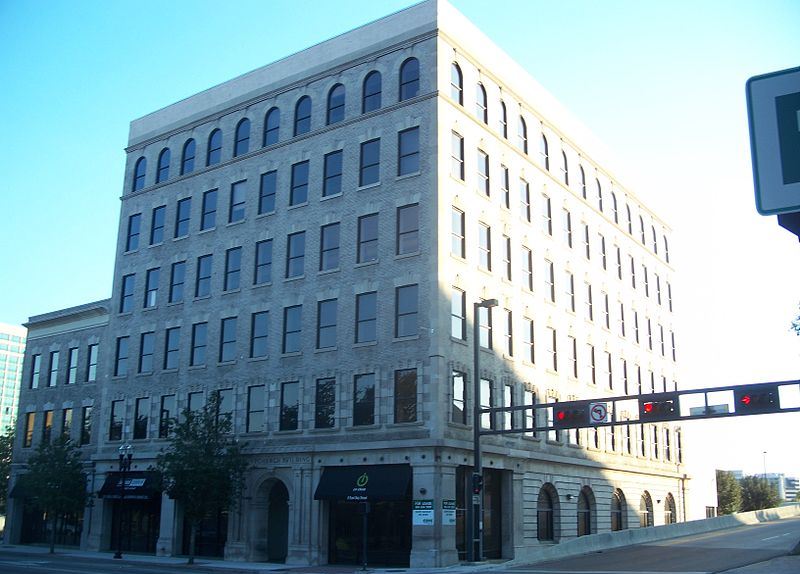 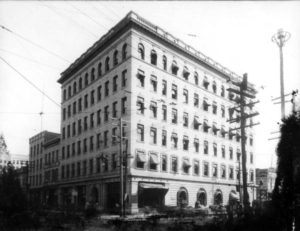 The Dyal-Upchurch building in the early 1900s.

It was designed by architect Henry John Klutho, and opened in 1902. On April 17, 1980, it was added to the National Register of Historic Places.

Following Jacksonville’s Great Fire of 1901, the building was the first multi-story structure built in the newly-barren downtown area. Dyal-Upchurch was a Georgia investment company that moved to Jacksonville after the fire. Frank Upchurch had interests in turpentine and lumber, while Benjamin Dyal owned a sawmill. The company ceased business in Jacksonville after 1924.

Now, the new owner of the Dyal-Upchurch Building—Jack Hanania, who owns over a dozen car dealerships—says he bought it to fulfill his 40-year dream of helping to revitalize Jacksonville’s struggling downtown. His new company, Ten-H Investments LLC, paid $2.8 million for it. 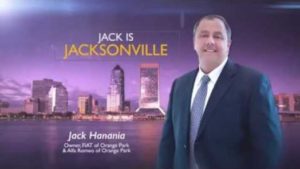 The Dyal-Upchurch Building, Hanania says, was “emblematic of Jacksonville’s renaissance after the fire. To have a building like that under contract two months after the fire was pretty significant. It showed that Jacksonville was going to make a comeback.”

The Husk Jennings advertising company bought the building in 1998 for $1.6 million, and spent $600,000 renovating the top floor, to which the firm relocated. But this isn’t just a story of restorative private actions: Jack’s new purchase wouldn’t have happened without enlightened public policy leadership.

In May, 2002, the city established the Downtown Historic Preservation and Revitalization Trust Fund. It was armed with $7 million to help companies purchase and restore old buildings. The fund paid half the cost of exterior work, and one-fifth of interior work, with a $1 million cap per building. That was sufficient incentive for Husk Jennings to begin a $1.72 million restoration of the rest of the building, for which the city kicked in almost $340,000.

Cameron Kuhn, a commercial developer from Orlando, Florida purchased the building in December, 2005 for $4.5 million, but defaulted on the mortgage when his company declared bankruptcy in 2008.

The building was repossessed by The Jacksonville Bank in January, and sold on February 28, 2009 for $3.73 million to A. Duda & Sons ofA. Duda & Sons Oviedo, Florida, who have now sold it to Jack Hanania. We here at REVITALIZATION wish him the best of luck in fulfilling his lifelong dream of reviving downtown Jax.

Featured photo by Ebyabe via Wikipedia shows the then-vacant Dyal-Upchurch Building building in 2011.

See article by Andrew Pantazi in the Florida Times-Union.