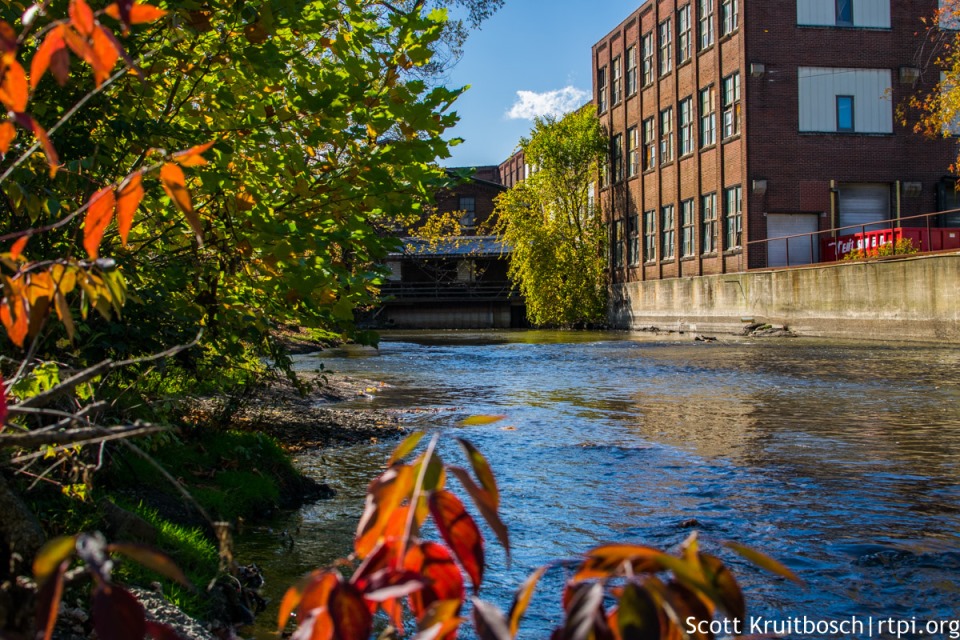 In the 1970s, major changes occurred to Jamestown, New York‘s Brooklyn Square through the national urban heritage destruction campaign called “Urban Renewal” by the misguided mayors and professional planners who implemented it, and the federal politicians who funded it. These changes are still visible in James town today.

The biggest aesthetic change was the demolition of buildings that covered the Chadakoin River. Back in the 1960s, buildings mostly covered the river that separates the north and south side of the city.

Today, sections of the revitalizing Greater Jamestown Riverwalk are located along the Chadakoin in Brooklyn Square. So far, there have been six Riverwalk construction phases that have either been completed, currently being constructed or being planned.

“One nice thing (about Urban Renewal) was we opened up the river. Buildings were built over the river. You didn’t even know the Chadakoin River went through there,” said Stan Lundine, former Jamestown mayor from 1970-76. “Now, it is open and I guess you would say it beautified the area.”

Although the Chadakoin River in downtown Jamestown has been surrounded by industry and urban development for decades, it’s a vital environmental hotspot for species like the Spiny Softshell Turtle (Apalone spinifera), listed in New York state as a species of “special concern”.