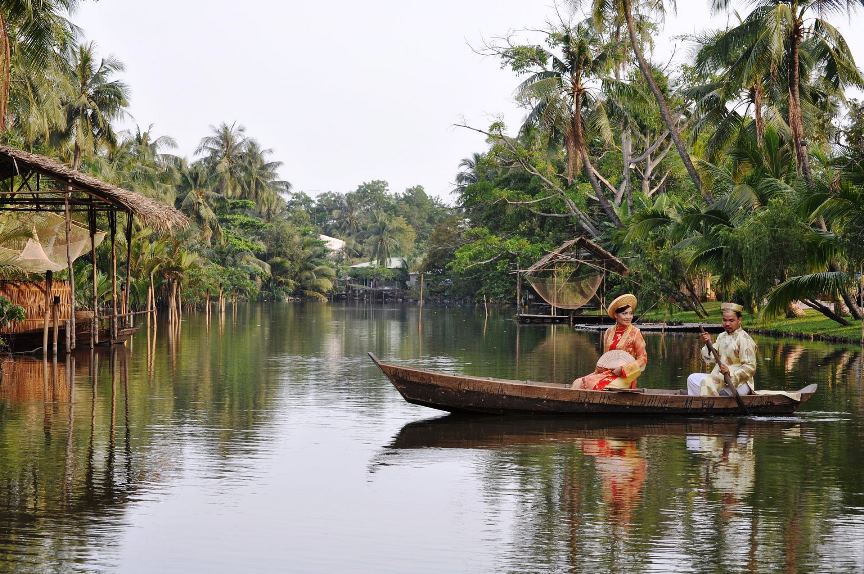 Japan and Vietnam are joining hands in a public-private partnership to redevelop Vietnamese rivers.

The 22 billion yen ($212 million) project, to be launched in Ho Chi Minh City as early as next year, could become a model for river redevelopment in flood-prone Southeast Asia.

The project will mainly be carried out by a special-purpose company to be jointly established by Japanese and Vietnamese businesses. The Japan International Cooperation Agency will provide low-interest loans, while private Japanese companies will also make investments or extend loans.

The aim of the project is to redevelop flood-prone areas along a branch of the Saigon River about 10km away from Ho Chi Minh City.

An 8.1km sewage canal will be concreted, and a land area of 61 hectares along the river will be mainly used for housing, with some roads and green space.

The Saigon River (Vietnamese: Sông Sài Gòn) is a river of southern Vietnam that rises near Phum Daung in southeastern Cambodia. It flows south and south-southeast for about 230 kilometres (140 mi) and empties into the Nhà Bè River, which in its turn empties into the East Sea some 20 kilometres (12 mi) northeast of the Mekong Delta.

The Saigon River is important to Ho Chi Minh City as the main water supply, as well as the host of Saigon Port, which had a total cargo volume of more than 35 million metric tons in 2006.

The Bình Quới Tourist Village is located on the Thanh Da peninsula on the Saigon River, in the Bình Thạnh District of Ho Chi Minh City.

Photo of Bình Quới Tourist Village by Igdrasa via Wikipedia.