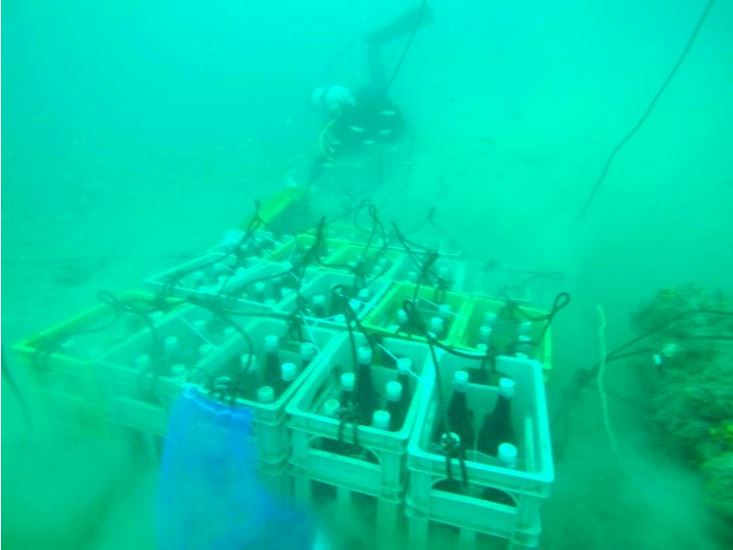 Off the remote island of Tojima, in Uwajima of Japan‘s Ehime Prefecture two fishing boats haul up an unorthodox and potent bounty of the sea: 200 bottles of shochu spirits.

The project was proposed by Norifumi Joko, 47, a member of the Genkijima Project, a nonprofit organization working to further revitalize the island in the Uwakai Sea along the western coast of Shikoku.

Other communities around Japan have stored sake, shochu and other alcoholic beverages in seawater to improve their taste. Joko said his plan was based on a project in Shizuoka Prefecture.

“The taste changes apparently because bottles sent to the seafloor are shaken by the tides,” Joko said.

The 200 bottles taken from the seabed on June 5 were among 500 bottles of shochu, sake, whiskey, wine, “awamori” distilled liquor made from rice and other beverages that were sunk to a depth of 20 meters about 100 meters off Tojima island during the fall and winter of 2015.

“Shochu that were not stored underwater have a strong alcohol flavor,” said Ayako Fujikawa, 54, a resident of the island.