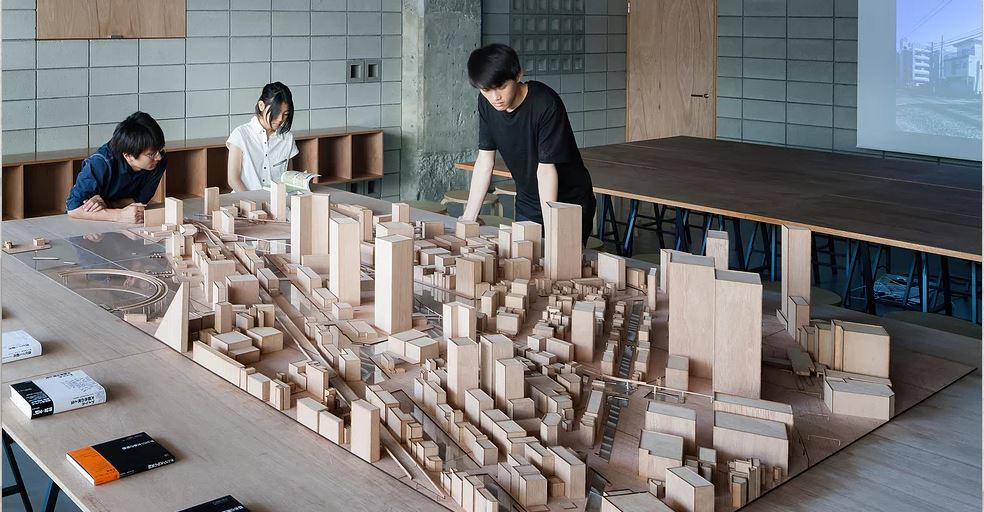 Shibaura Institute of Technology, a Japanese university based in Tokyo, announced on September 30, 2016, that it will establish the Shibaura Community Development Center as a platform where local residents, businesses, and the university can interact with one another and discuss the development of their community.

The Center opened on October 1, after a team headed by Professor Taira Nishizawa of the Department of Architecture and Building Engineering in the College of Engineering renovated a warehouse with support from local companies.

The development of high-rise condominiums and offices in the Shibaura district of Tokyo has progressed rapidly, which has made interaction between longtime and new residents less likely to occur. At the request of local companies in 2014, Professor Nishizawa proposed an initiative focusing on future community development, which evolved into the establishment of the Shibaura Community Development Center. Professor Nishizawa’s students were involved in the renovation from the design stage to construction, in collaboration with the companies.

The warehouse used for the center is a 50-year old, sturdy concrete structure. The renovation involved extensively disassembling the external walls to allow local residents to easily view the inside of the warehouse. A diorama of Shibaura produced by the students is on permanent display in the Center, with the hope of encouraging residents to take an interest in their community’s development and recognize that the community is their common property.

Professor Nishizawa’s team intends for the diorama to reflect the appearance of ongoing development. The team will also regularly hold open seminars, young architects’ talks and other events in the Center as a venue to consider the community’s future development.

This article originally appeared in the newsletter of Japan For Sustainability (JFS). Photo credit: Shibaura Institute of Technology