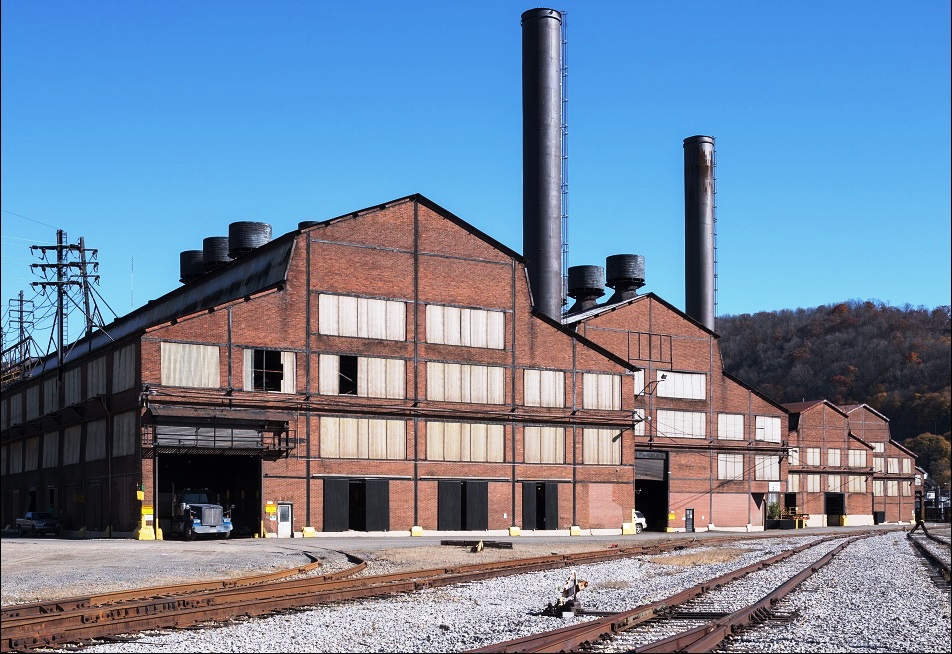 On August 16, 2018, Pennsylvania Governor Tom Wolf was joined by local officials and business and non-profit leaders in Cambria County to announce new funding to redevelop an abandoned rail site on Clinton Street in Johnstown to create a new community park. The park will become the gateway to a two-mile proposed Iron to Arts Corridor that local officials unveiled during the press conference.

“We are investing in Johnstown’s quality of life to continue the revitalization of this area and boost the economy,” said Governor Wolf. “Working together, the state and community will transform this unused land and unlock its potential for improvements here and throughout the city.”

“The Gautier Steel project symbolizes the comeback of downtown Johnstown and the potential that this great city hold,” said Senator Wayne Langerholc. “Projects like this that think outside the box will attract new business and stimulate new economic activity. Additionally, this will enhance the quality of life for our region and will provide many meaningful recreational opportunities.” 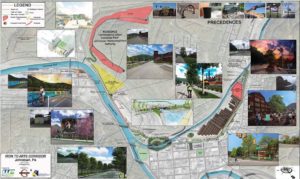 Gautier Steel was awarded $500,000 in funding through the Redevelopment Assistance Capital Program (RACP) for the community park project that also includes the Johnstown Industrial Development Corporation and other community partners. The funding will be used toward the purchase of some of the land from Norfolk Southern and construct the park with a playground, space for a farmer’s market and other events, and new landscaping, lighting, sidewalks, and signage.

“I’m thrilled about this grant which will transform a crucial abandoned parcel into a hub of ongoing community investment and activity,” Representative Bryan Barbin said. “I want to thank Governor Wolf for releasing funds that will serve as a linchpin of a business and recreational corridor located in the heart of Johnstown.”

The park would mark the northeast corner of the proposed Iron to Arts Corridor project. The two-mile plan includes infrastructure improvements, new landscaping, street murals at several intersections, decorative lighting, facade enhancements, and trails to connect the city’s history to its expanding business and art community.

From 2015 through July of this year, the commonwealth helped to secure more than $99 million in various transportation, business development, and community revitalization projects throughout the Johnstown region. A previously announced $1.4 million state grant for improvements along Washington and Clinton Streets is part of the Iron to Arts Corridor proposal.

Separately, Gautier Steel was also awarded a $2 million grant in 2016 toward construction of a plate mill for production of non-aerospace titanium for the United States Department of Defense and other markets. RACP funding support critical expansion projects, some of which will provide opportunities for additional economic development.

In other Pennsylvania community revitalization news, a week earlier, on August 3, Governor Wolf announced new funding to eliminate blight in municipalities across Northumberland County, revitalizing communities and bringing the potential for further economic development in the area.

“Strong communities help to build a strong economy and my administration is committed to addressing blight and has invested in community redevelopment that enhances this goal,” said Wolf. “Northumberland County has developed a unique blight elimination strategy. This investment will support the ongoing blight elimination efforts in Northumberland County and will greatly increase the quality of life for residents.”

The Housing Authority of Northumberland County was awarded a $750,000 grant to support the county’s “Fight the Blight” initiative. The county will acquire and demolish approximately 60 blighted and abandoned properties in the county that will be redeveloped for commercial and housing purposes. Additionally, the housing authority will rehabilitate ten additional blighted structures to be sold to modest-income homebuyers. The project continues the highly successful effort launched by the housing authority in 2011 to work cooperatively with communities by identifying and prioritizing blighted properties for demolition and rehabilitation.

The project is expected to bring economic growth through enhanced property values, a stronger local tax base, and increased commercial and residential development. Supported through the Redevelopment Assistance Capital Program (RACP) program, funding will support critical expansion projects, some of which will provide opportunities for additional economic development.

Featured photo of the Gautier Steel plant and rail line in 2004 by Viktor Mácha.