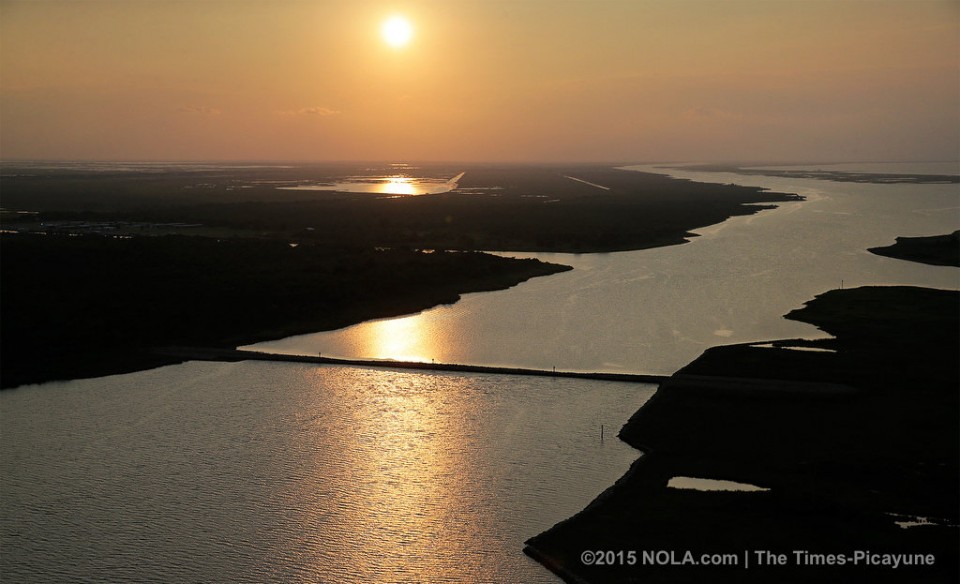 Louisiana and the U.S. Army Corps of Engineers sparred before a three-judge panel of the 5th U.S. Circuit Court of Appeals on June 7, 2016 over whether the state should pay 35 percent of the almost $3 billion Corps plan to restore wetlands along the closed Mississippi River-Gulf Outlet (“MR-GO”).

MR_GO was a horrendous engineering mistake that–like thousands of Corps dams and other projects that have killed streams and rivers across the country–should never have been built in the first place.

U.S. District Judge Lance Africk had concluded in August that the corps must pay the full cost for the agency’s improper construction and maintenance of the MR-GO.

“Ten years after Hurricane Katrina, vital ecosystem restoration remains incomplete,” Africk wrote. “Rather than abide by the clear intent of Congress and begin immediate implementation of a plan to restore that which the corps helped destroy, defendants arbitrarily and capriciously misconstrued their clear mandate to restore an ecosystem ravaged by the MR-GO.”

But the Obama administration is fighting the ruling, with the Justice Department asking the 5th Circuit to overturn Judge Africk’s ruling.

The MR-GO was a little-used 72-mile shortcut between the Gulf and New Orleans. It was completed in 1965. It was originally authorized to be 36 feet deep and only 500 feet wide, but portions of the canal running through wetlands in Plaquemines and St. Bernard parishes eroded to more than 2,500 feet wide.

In a massive show of the Corps’ legendary ecological incompetence, their engineers didn’t realize–or didn’t care–that the channel would became a conduit for saltwater from the Gulf of Mexico to inland freshwater wetlands. The high salt content killed the cypress and tupelo forest in that area.

The state didn’t announce it was planning to sue the corps over the restoration costs until after the Southeast Louisiana Flood Protection Authority-East filed a wetlands damage suit against oil, gas and pipeline companies. That suit asked the defendants to repair wetlands in some of the same areas that are included in the corps restoration plan.