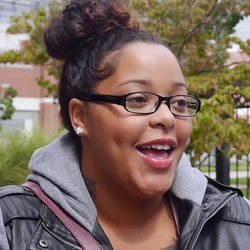 Hundreds of young people, who thought their education would end at high school, have been going to college in recent years. And this has been having a revitalizing effect on their hometown of Kalamazoo, Michigan.

It’s all thanks to the Kalamazoo Promise, a scholarship program first announced at a board meeting of Kalamazoo Public Schools in November of 2005.

“The donors believe that a community’s vitality—politically, socially, and economically—is closely related to the educational level of the community,” says Bob Jorth, executive director of the Kalamazoo Promise. “In the knowledge-based economy that we’re in, almost all good jobs require some kind of training and education beyond high school.”

By many measures, the program has been a success. The long-declining Rust Belt city’s population began to rebound almost immediately, while dropout rates declined, particularly among African American women. Additionally, enrollment in the Kalamazoo Public Schools increased by 24 percent.

Over its first 10 years, the Promise invested more than $75 million in 4,000 students, and at least 90 other communities across the U.S. have created Promise scholarships based in some way on Kalamazoo’s program.