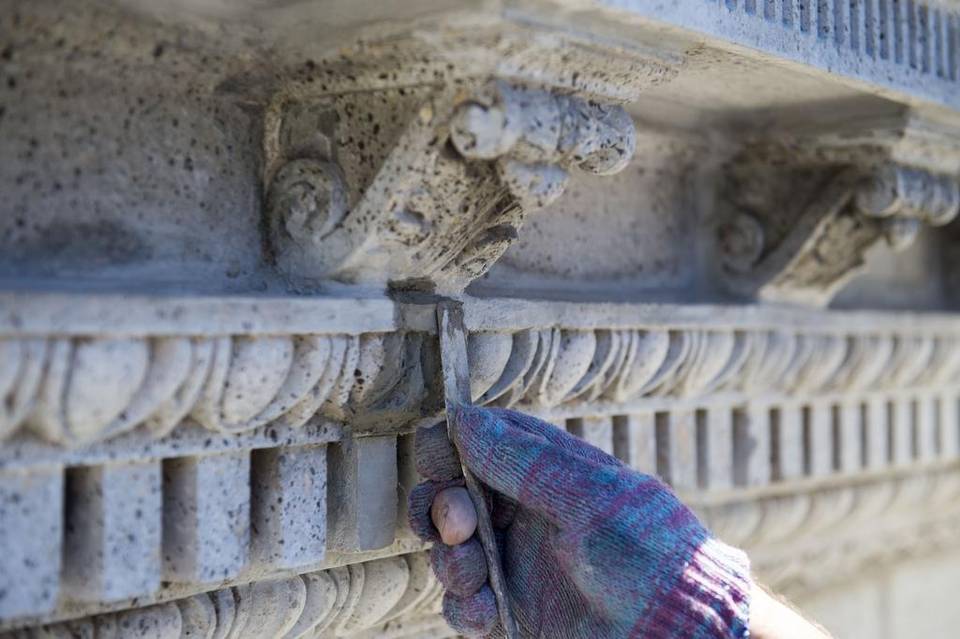 Note from Storm: What’s going on in Kansas City is an example of the “Warsaw Effect” that I documented in my first book, The Restoration Economy. In short, it’s the phenomenon of creating a strong cadre of restoration professionals from revitalizing one’s own city. These professionals then go on to help restore other cities, creating a new local industrial cluster.

New Orleans, Louisiana had (and maybe still has) a wonderful opportunity to do the same with coastal ecosystem restoration and climate change resilience, post-Katrina. But some have suggested creating such a cluster in Atlantic City, New Jersey, so New Orleans might want to accelerate their efforts. Since the BP restoration funds were only recently finalized, this might actually be New Orleans’ last big Warsaw Effect opportunity.

From the article: When Union Station was restored more than 15 years ago, the Baltimore-based firm Hayles & Howe sent a group of classically trained British plaster craftsmen to work with a small local crew on the elaborate molding pieces in the building.

Dave Boux was one of those local workers. Even though Boux was a fourth-generation plasterer, the British workers were a class above him, learning the trade by restoring some of the finest palaces in the world, from the Imperial Palace in Tokyo to Buckingham Palace in London.

“Working with people with that kind of experience, it was just very eye-opening to what’s possible,” Boux said.

Several years later, Boux used those skills to start his own ornamental plaster company, and in 2013 he merged with Brad Bruce to co-found Plasterkraft & Mural Masters. The restoration skills of Boux and Bruce can be found in work at the Cosby Hotel, the Midland and the Hotel Phillips, and even on the Missouri state seal at the Capitol in Jefferson City.

“There’s been a huge push for restoring historic structures lately, one because it’s more economical,” Faulkner said. “The infrastructure is already there, the guts of the building are already there, so you’re using that embodied energy that’s already available and just expanding on that and making it more sustainable and efficient.”