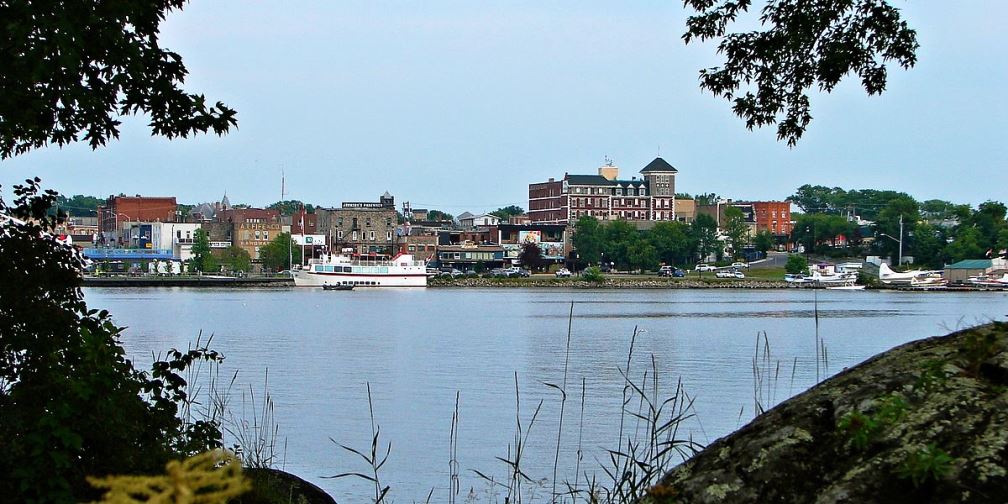 Kenora is a small city situated in the territory of the Ojibway First Nations tribe on Lake of the Woods in northwestern Ontario, Canada, close to the border of the province of Manitoba.

Kenora was originally named Rat Portage. While the name change no doubt helped, it wasn’t quite enough to ensure the long-term economic health of the city center.

On January 11, 2019, Greg Rickford, Ontario, Canada‘s Minister of Energy, Northern Development and Mines, announced that Kenora will receive $1 million from the provincial government to implement Phase Four of its Downtown Revitalization Project, pushing Ontario’s total investment to just under $8 million.

This includes redeveloping a car-centric area into a pedestrian-friendly plaza, in the hopes of attracting more visitors to local businesses.

They will also realign the roads and replace aging water and sewer infrastructure in order to support the construction of a downtown First Nations health access facility. That project will create 75 new jobs.

“We are supporting the complete redesign of a key area of Kenora’s downtown core,” said Minister Rickford.

“With this investment, we are creating good jobs, modernizing infrastructure and most importantly, letting people know that Kenora – and all of Northern Ontario – is open for business,” he added.

“The City of Kenora is looking forward to this next phase of the Downtown Revitalization Project, which will continue to create jobs and generate investment in the community,” said Dan Reynard, Mayor of Kenora.

Prior to this announcement, the province of Ontario had contributed $6.92 million towards the first three phases of Kenora’s Downtown Revitalization Project.

That investment created 513 new jobs, and stimulated some $61 million of private sector investments in the community: a 10:1 ROI (return on investment) that illustrates the wisdom of well-thought-out public investments in support of community revitalization.

Photo of Kenora is by P199 via Wikipedia.