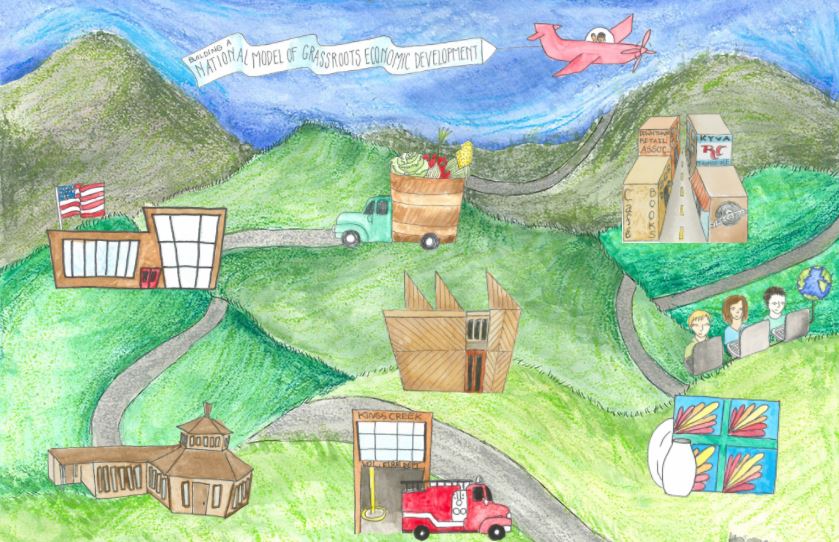 Solar energy added 73,615 new jobs to the U.S. economy in 2016, and wind energy added an additional 24,650. That same year, more Americans were employed by by solar alone, than were in generating electricity via coal, gas and oil energy combined. 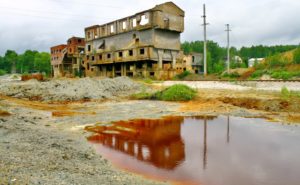 According to the U.S. Department of Energy, solar employed 43 percent of the Electric Power Generation sector’s workforce in 2016, while fossil fuels combined accounted for just 22 percent.

Just under 374,000 people were employed in solar energy, according to that report, while coal, gas and oil power generation combined had a workforce of slightly more than 187,000. Net power generation from coal fell 53% over the last decade, while generation from natural gas increased 33 percent, and solar grew 5000%.

Although the White House seems to be unaware of this rapid transition, the folks in Hemphill, Kentucky feel the reality daily. Hemphill, also known as Jackhorn, is an unincorporated community in Letcher County. 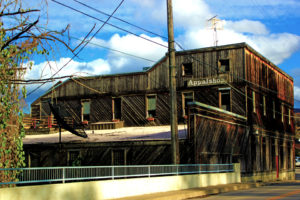 Appalshop’s Ben Fink says it’s called the Culture Hub because “culture is at the center of all of our economic development work—both culture in terms of music, theater, film, radio, art, etc., and a culture of agency, voice, and ownership in central Appalachia.”

The Culture Hub is about applying those talents toward local ownership, Fink says. He contrasts that with a familiar culture in eastern Kentucky, where absentee landlords and coal companies “extract all the value out of the land and the people and ship it elsewhere,” leaving people with very little.

The Hub’s development, he says, flies in the face of conventional thinking around how development works. “The prevailing view is that culture is decorative and peripheral, and economic development means bringing in factories,” he says.

It could be an important part of the economy, creating buzz and new energy and inspiring entrepreneurship. Efforts are underway to write a culture hub training curriculum for other poverty-stricken Kentucky communities and Hub staff have been meeting with other organizations in Kentucky and nationwide to encourage creation of other culture hubs.

What’s more, the Hub has been selected as a national test site for PolicyLink’s Arts, Culture, and Equitable Development initiative. It recognizes that arts and culture are essential for building community, supporting development, nurturing health and well-being, and contributing to economic opportunity.

Across the United States, growing movements focused on equitable development and community-centered arts and culture are uniting to strengthen the equity impact of their work. Increasing collaboration between these two movements is yielding transformative and creative change.

PolicyLink is supporting, learning, and advocating to bolster the growing national community of practice that is steering public resources to embed arts, culture, equity, and development in the transformation of neighborhoods, cities, and regions. Our arts, culture, and equitable development efforts span the full breadth and depth of our work, touching health, infrastructure, equitable economy, workforce development, and every issue in our portfolio.

In partnership with the Local Initiatives Support Corporation (LISC), PolicyLink is co-creating and assessing a technical assistance pilot for The National Endowment for the Arts’ Our Town program, and The Kresge Foundation‘s creative placemaking program. This pilot will identify and address opportunities, barriers, and capacity needs to help grantees be successful and catalyze long term community outcomes.

All images courtesy of the AppalShop unless otherwise credited.