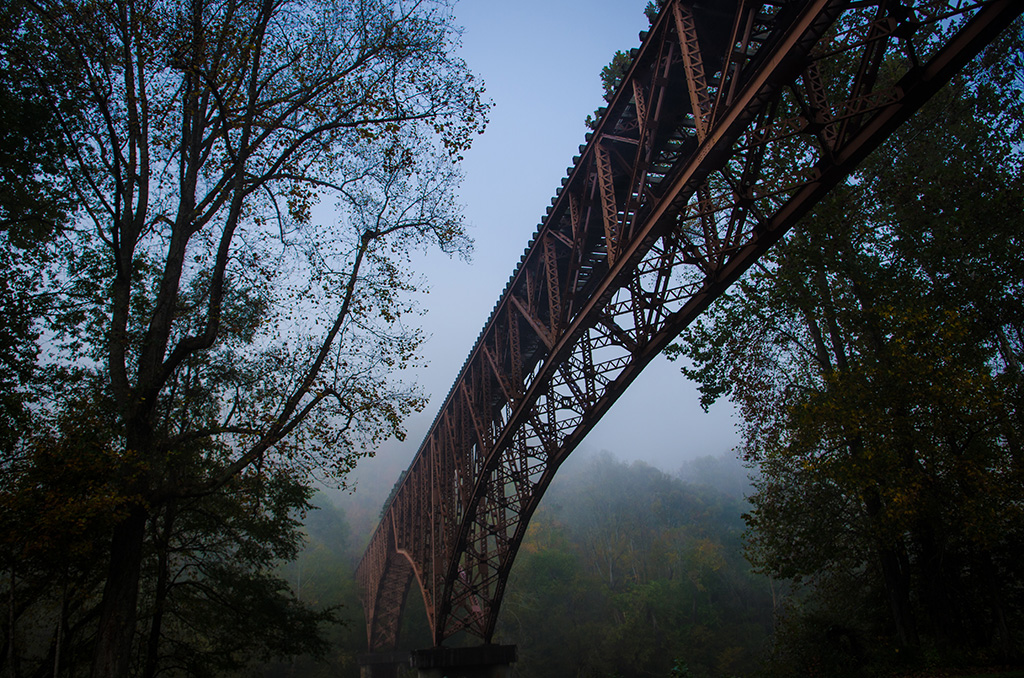 Stearns, Kentucky is a former coal-mining community that–like so many in Eastern Kentucky—fell on some very hard economic times when local coal mine shut down. But some imaginative folks have realized that those abandoned trails, rails and mining camps could be repurposed for a different—and far cleaner—economic use. 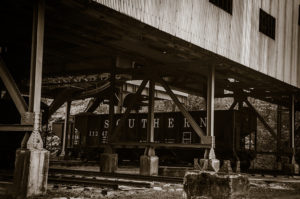 Longtime residents like Andy Powell, who is the director of communications and marketing at University of the Cumberlands in nearby Williamsburg, have turned their attention to Appalachia’s natural beauty and how it can be used to attract tourism.

In 2009, Powell was approached by Brian Gajus, a runner who founded Ultranaut Running in Knoxville, Tennessee. Gajus was interested in planning an ultra-race in Stearns through an old coal camp.

Ultranaut Running is a small, grass-roots organization dedicated to the sport of trail running. Their mission is to promote participation in outdoor activities for a healthy lifestyle, be an advocate for the value of national/regional parks and trail systems, and share their commitment to environmental stewardship.

The route runs along a mountain ridge where Powell’s great-grandfather once lived and rode a mule to the mine each day. The route also includes the old tram road where coal was transported.

Powell says Stearns’ transformation from an extraction economy to one of conservation is exemplified by the Yamacraw race. “And it’s working. We have had runners from 23 states and Canada represented in this race. The guy who won the race most recently was from Oregon,” he says. 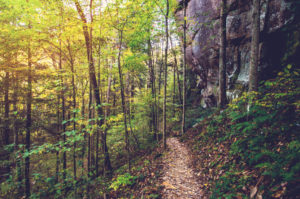 This has to be one of the world’s most beautiful race courses.

The Yamacraw 50k is a point-to-point trail race that begins at the Lick Creek Trail in Daniel Boone National Forest and ends at the Blue Heron Mining Community in Big South Fork National River & Recreation Area. The actual distance is closer to a 53K, coming in close to 33.1 miles.

The course traverses some of the most beautiful trails in the southeast, including the Sheltowee Trace Trail, Kentucky’s longest trail. Runners are treated to miles of magnificent singletrack trails and scenic landmarks that include stunning rock overhangs, natural arches, and wonderful waterfalls. 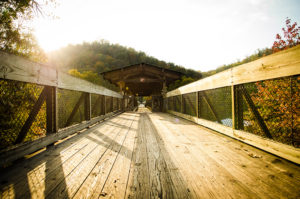 Runners enjoy multiple water crossings as they run alongside the Big South Fork Cumberland River and adjoining creeks. The race ends with an iconic crossing over the river on a 100 foot high pedestrian bridge that leads runners straight to the finish. The course offers some challenging climbs towards the second half of the race but is fast and highly runnable which can be a challenge in itself.

At a modest 3,809 ft feet of elevation gain, the Yamacraw 50k is challenging but still a great race for those looking to complete their first ultra or those gearing up for their new race calendar.

Yamacraw has been instrumental in validating a tourism economy. “Local people are distrusting of tourism as a legitimate economy,” Powell says. “They want factories because they don’t believe tourism can create viable jobs and economic opportunities.”

“But [now] they are starting to see it at gas stations and restaurants and campgrounds during Yamacraw,” he says.

“Appalachians are some of the toughest, most independent people on Earth. We made a life in one of the most rugged places in the United States, and we can do it again,” he added.

All photos courtesy of Ultranaut Running.