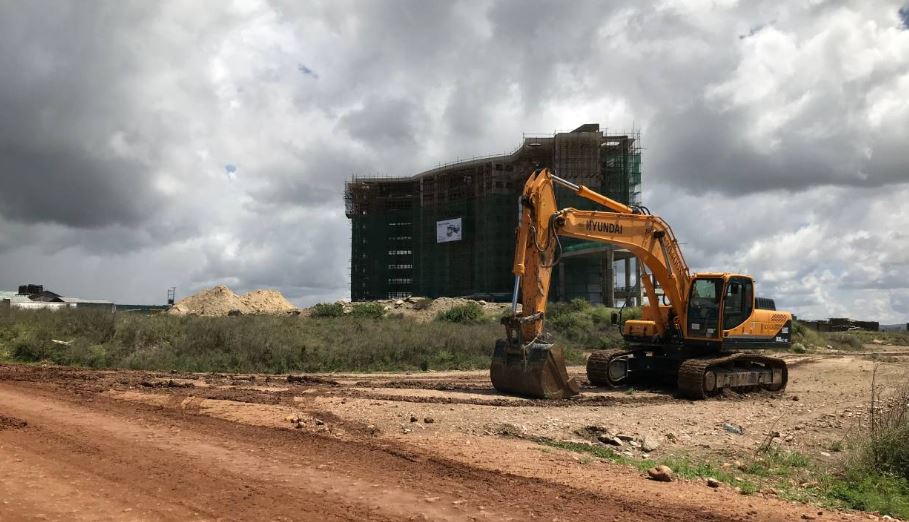 Those who have read this preview of my (Storm Cunningham) upcoming third book, RECONOMICS: The Rise of Resilient Prosperity, know there are three essentials to creating resilient prosperity:

In the article below by Kevin Mwanza, you’ll see that Kenya violated all three of these rules in their creation of their “smart city”, Konza Technopolis. Readers of that preview also know that the most reliable “universal” revitalization strategy is the 3Re Strategy: repurpose, renew, reconnect. Many places limit their success by applying just one or two of those three essential activities.

Kenya’s “Silicon Savannah” project is unique in that it doesn’t qualify on ANY of those three counts: it doesn’t repurpose, renew or reconnect anything. No surprise then, that it is now an embarrassing, expensive failure.

To begin with, the project leaders knew that their government agencies were excessively slow and bureaucratic, but they had no strategy to address that key obstacle. Second, there was no renewal process because there was nothing regenerative about this project: it was just old-fashioned sprawl. Third, they obviously didn’t understand that investors are only attracted to places that inspire confidence in a better local future: no one has any confidence that this project will succeed.

Labourers milled around an unfinished eight-storey building in an expansive field in Konza dotted with zebra and antelope – the only visible sign of progress in a decade-old plan to make Kenya into Africa’s leading technology hub by 2030.

Grandiose plans, red tape and a lack of funding have left Konza Technopolis – the $14.5 billion new city to be built some 60 km (37 miles) southeast of Nairobi – way behind schedule on its goal of having 20,000 people on site by 2020.

“It has taken too long and I think people have moved on,” said tech entrepreneur Josiah Mugambi, founder of Alba.one, a Nairobi-based software company, who was initially excited by the government’s ambitious project.

Dubbed the Silicon Savannah, Konza aims to become a smart city – using tech to manage water and electricity efficiently and reduce commuting time – and a solution to the rapid, unplanned urbanisation which has plagued existing cities.

About 40 percent of Africa’s 1 billion people live in towns and cities and the World Bank predicts the urban population will double over the next 25 years, adding pressure to already stretched infrastructure.

Konza’s dream is to become a top business process outsourcing hub by 2030, with on-site universities training locals to feed into a 200,000-strong tech-savvy workforce providing IT support and call centre services remotely.

But the first building has yet to be completed on the 5,000-acre former cattle ranch, three years after breaking ground, and business has shifted its focus to other African countries, like Rwanda, with competing visions to become modern tech hubs.

“Nobody can wait that long for a city to be built. For a tech entrepreneur, they think about where their startup will be two to three years down the line,” said Mugambi.

Other smart cities planned across Africa include Nigeria’s Eko Atlantic City near Lagos that will house 250,000 people on land reclaimed from the sea, Ghana’s Hope City and an Ethiopian city styled as the real Wakanda after the film “Black Panther”.

Bringing such utopian schemes to life is no easy task for African governments that are struggling to provide adequate roads, power, water and security to their existing cities.

“Upgrading infrastructure in places like Kibera (slum) in Nairobi to provide water and a better sewerage system is equally as important as building a new city such as Konza,” said Abdu Muwonge, a senior urban specialist with the World Bank in Kenya.

Some critics say Konza was ill-conceived from the start.

“The NLC was saying we should follow the processes of acquiring public land, which would take years to complete,” Ndemo, now an associate professor of business at the University of Nairobi, told the Thomson Reuters Foundation.

The delays caused at least one deal with a German university to fall through, he said, as the process was much slower than the old one where investors signed deals directly with government ministries which took care of land leases.

To resolve this, the government transferred ownership of the site to the Konza Technopolis Development Authority (KoTDA), set up in 2012 to co-ordinate development of the new city, which now allocates land to investors on 50-year renewable leases.

In its strategic plan, the government promised to fund 10 percent of Konza, laying the infrastructure, while the private sector would come in with the rest of the money to build universities, offices, housing and hotels.

But the government was slow to contribute its share and has yet to pass a law to create KoTDA as a legal entity which would make it easier to sign contracts with external lenders, said Lawrence Esho, one of Konza’s project planners until 2013.

“They are way behind schedule partly because the government took time to give Konza money,” he said, adding that no money came in until 2013. “This stopped any work from starting at the site and investors may have developed cold feet as they waited.”

KoTDA’s chief executive, John Tanui, said the government has committed to invest more than 80 billion shillings ($780 million). “When I say committed does not mean we have absorbed. Our absorption is less than 10 percent of that figure,” he said, without elaborating.

Odeng pointed to a 40 billion shilling contract signed in 2017 with an Italian firm to build roads, water and sewerage infrastructure by 2021, funded by the Italian government.

“That is a concessional loan, which is a long-term loan that the Kenyan government will pay,” he said.

DROP IN THE OCEAN

But Kenya’s growing reliance on loans is causing jitters, with the International Monetary Fund warning of an increased risk of default this year.

The World Bank’s Muwonge said the issue is eliminating challenges for the private sector to do business. “Getting Konza city off the ground will require that we pull in private capital with concessions for them to deliver certain kinds of infrastructure for which the government may not have resources,” he said.

But critics say it is not enough.

“What (investors) have allocated so far is still a drop in the ocean,” said Ndemo, the former government technocrat. And international interest is shifting elsewhere.

Rwanda—widely regarded as the least corrupt country in East Africa—launched its Kigali Innovation City in 2015, designed to host 50,000 people in universities and tech companies on a 70-hectare site outside the capital. The $2 billion plan, due for completion by 2020, is seven times cheaper than Konza.

“All these other (cities) have better proximity, have better density and have better collaborative feedback loops,” said financial analyst Satchu. “We are now at a serious disadvantage vis-a-vis these other countries.”

Featured photo (by Thomson Reuters Foundation/Kevin Mwanza) shows an excavator packed on a side road near an eight-story building under construction at the Konza Technopolis site on December 5, 2018.

This article by Kevin Mwanza was edited by Katy Migiro, and first appeared on the Thomson Reuters Foundation website. Reprinted here with permission.