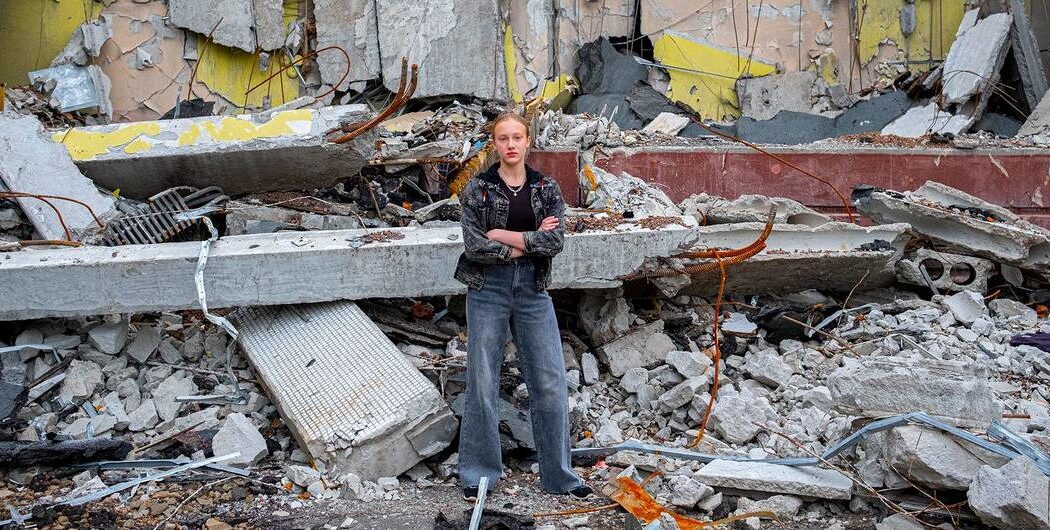 Back in 2017, I (Storm Cunningham) did an hour-long TV interview on community revitalization and urban redevelopment with a crew from a television station in Dnipro, Ukraine. I did the interview at the request of the U.S. Department of State, which had funded my work in neighboring Poland some years earlier.

Little did I know that, just five years later, much of this important industrial city would need far more than just redevelopment, after having been tragically lain to waste by Russian missiles, war planes and artillery, with many civilian deaths.

So, it was good news when, on December 16, 2022, Ihor Terekhov, the mayor of nearby Kharkiv—which has seen even worse devastation by Russia’s invasion—joined famed architect Norman Foster (with whom I had worked about 15 years ago in Rome, Italy) in presenting details about the new Kharkiv reconstruction master plan.

It will be based on five pilot projects, chosen in coordination with local residents, and will be developed based on 14 guiding principles discussed with the Kharkiv Group of Architects.

A comprehensive summary document of this work is being prepared by the Kharkiv Group of Architects and the Norman Foster Foundation and will be shared with the wider public in the coming weeks.

The pilot project approach will help inform future urban regulations and prepare local professionals and industries for the city’s reconstruction.

Each of the pilot projects will be developed in collaboration with specialized international and local stakeholders.

The heritage project will create a new architectural landmark in the city center, promoting a respectful approach to rebuilding historical constructions and humanizing surrounding public spaces.

The rivers project will transform a 6 km-long strip between the Kharkiv and Nemyshlya rivers into an ecological, pedestrian and biking connector that will evolve into a city-wide mobility network.

The industry project will repurpose the polluting coal plant into a clean energy and food center to foster industrial modernization.

The housing project will retrofit existing panel-housing blocks to generate safe, modern, and energy-efficient housing across the city.

Finally, the science neighborhood project will introduce high technology industries, research and start-ups to revitalize the city’s industrial base.

This will be the basis of the pilot study – an urban design embracing the layout of boulevards, streets, squares, parks and landscaping with guidelines for heights and setbacks of buildings with allocated zoning.

The city hopes to become a local and international talent magnet that will help position Kharkiv on the forefront of innovation, technology and urbanism.

This urban design project, commissioned by the city of Kharkiv, will be undertaken by the Norman Foster Foundation in Madrid and the Arup office in Berlin, working in collaboration with local architects and city authorities.

This work, developed since April 2022 through a bottom-up approach, has built on:

Over 100 meetings and working sessions between local and international stakeholders

A public participation questionnaire for Kharkiv citizens which gathered over 16,000 replies

Weekly working sessions with the Kharkiv Group of Architects, composed of over 10 architects, urban planners and historians

Three project update presentations to United Nations agencies, the Ukrainian Ministry of Communities and Territories Development, and other NGOs, under the UN4Kharkiv task force

Public presentations on the masterplan work in San Marino during the UNECE conference and at the MIT City Science Summit in Boston, USA .

Best of luck to both Kharkiv and my friends in Dnipro on their post-war renewal!

My thanks to the Information Unit of the United Nations Economic Commission for Europe (UNECE) for this good news.

Featured photo (©UNICEF/Ashley Gilbertson( shows aA twelve-year-old girl in front of her school in Kharkiv, Ukraine. It was destroyed in an air strike and she will now study online.

See original announcement of Task Force back in May of 2022.