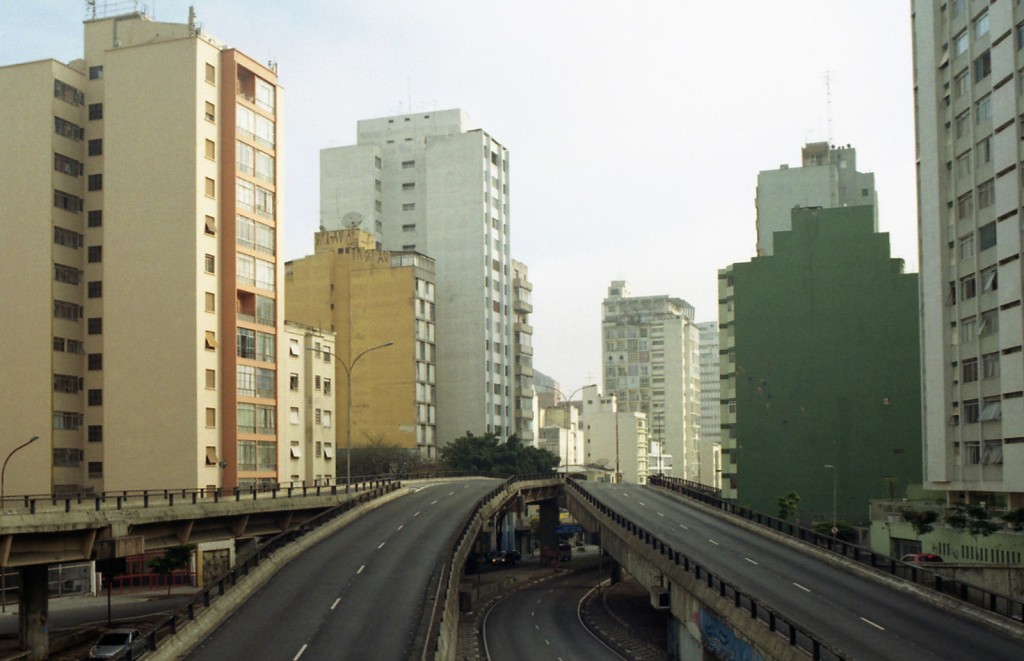 Note from Storm: The elevated Costa and Silva highway of São Paulo, Brazil is popularly called the Minhocão, which literally means “the giant worm”.

This mega-city is now joining the hundreds of other cities worldwide in recognizing the massive economic and social damage done by such badly-planned urban highways. Some cities are dismantling them entirely, while others modify their design, or find new uses for them (such as repurposing into parks).

São Paulo is starting with baby steps: they first closed-down the highway on Sundays. That brought so much life back to the city that they are now considering closing it all weekend long. As you’ll see in this article, the giant worm is not long for this world in its current state: they will either kill (demolish) it or (far cheaper) tame it by pedestrianizing it permanently.

From the article: The Minhocão is an elevated expressway that extends 3.4 kilometers and connects the city center to the west zone. It was built in the 1970’s with the objective of improving local transit. In 1976, it was closed during the nighttime, and in 1989, the restriction was extended to be everyday between 9:30 PM and 6:30 AM. Today, the Minhocão is also closed on Sundays.

For Francisco Machado, President of the movement “Dismantle Minhocão,” the closing for one additional day is not a full solution, and would still endanger the health of the population. “Elevated roads function like pot lids. Gas from the cars that drive on the elevated road get dispersed into the air, but this doesn’t happen for the cars below. The innocent people walking above will breathe in toxic gas coming up from under.” Machado stressed that he and the other members of the movement are calling for the total demolition of the expressway.

The city’s Master Plan, approved by Mayor Fernando Haddad, calls for the total deactivation of the highway in the next 15 years, though it doesn’t specify whether the road would be demolished or turned into a park.