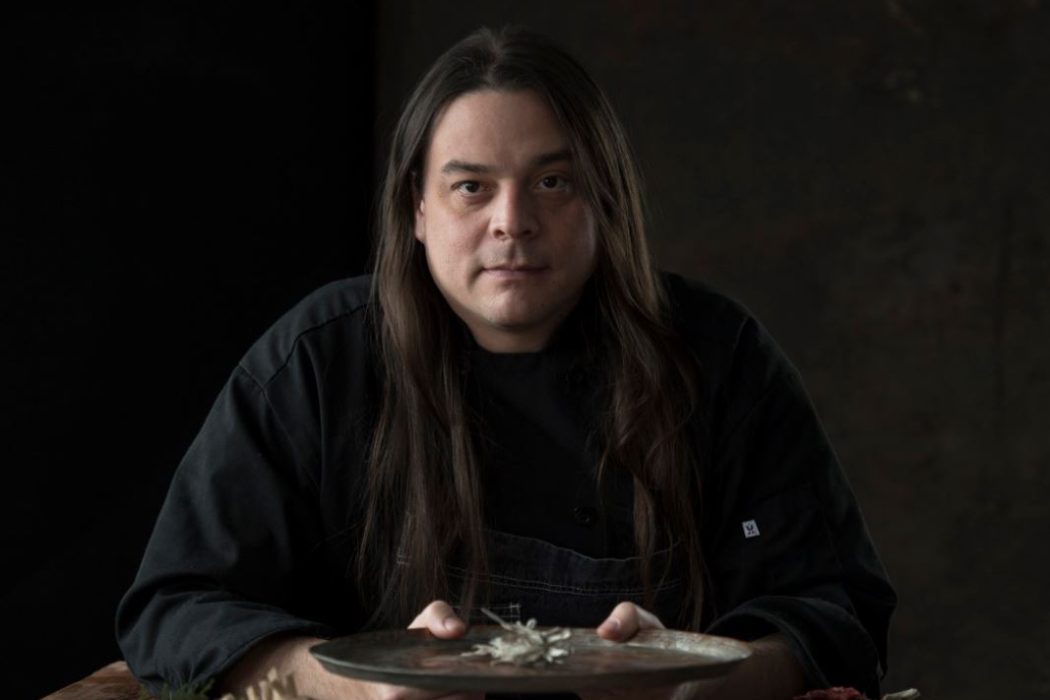 There are some fantastic dining options in the city owned by members of all these cultures.

But the population is also almost 3 percent Native American, and when’s the last time you sampled any cuisine from that culture…anywhere?

Sean Sherman wants to change that. He’s Oglala Lakota, born in 1974 on the Pine Ridge Indian Reservation, and now lives in the Twin Cities where he has worked in several well-known restaurants.

After being trained in Spanish, Italian, French and Japanese cuisine, he had an epiphany about a decade ago.

“I should really be thinking about my own heritage,” he said. “I realized right away there was no representation of Native American foods out there. People would think buffalo or fry bread.”

So Sherman, who grew up gathering chokecherries and harvesting prairie turnips, started The Sioux Chef.

It’s a consulting and catering company that now is trying to open a restaurant in Minnesota’s Twin Cities of Minneapolis and Saint Paul, using Kickstarter funding.

Mr. Sherman has simmered corn silk with purple bergamot blossoms to make tea, and braised rabbit with spruce tips. He has revived chaga, the fungus that blooms on birch trees, in warm hazelnut milk, and burned juniper branches and corn cobs all the way down to a soft black ash.

Sherman draws inspiration from the knowledge of both the Lakota and the Ojibwe tribes who farmed and foraged on the plains of the Midwest.

His work is part of a slowly gathering movement that he and other cooks are calling “new Native American cuisine,” or “indigenous cuisine” — an effort to revitalize native food cultures in contemporary kitchens.

Because so many of the native food ways passed down through generations orally, they have been forgotten or obscured, and his quest has required a mix of trial-and-error, scholarly research and painstaking detective work.