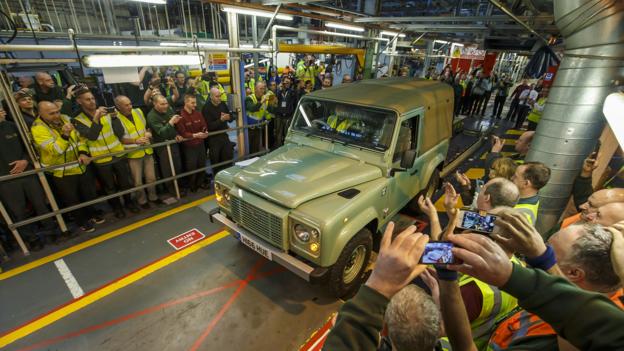 Rather than fire long-time employees as a production line shuts down, Land Rover has repurposed them to restore the same vehicles the spent their lives building.

We knew this day would come, and at last, it has: The last Land Rover Defender — number 2,016,933 — has rolled off the production line at Solihull, England.

The Land Rover Defender has emerged from the company’s Solihull factory for 68 years (since 1948).

The programme, smartly, steps right into the line at Solihull, and of its 12 team members, 10 are former members of the Defender production crew, who will be restoring the very vehicles they helped build.

Land Rover’s Heritage Restoration program will see the Series Land Rover and Defender’s name continue at Solihull. A team of twelve experts, ten of whom will transfer over from the existing production line, will lead the project, which will initially begin with the restoration and sale of early Series Land Rovers.

One employee who will transfer onto the program, Tony Martin, has worked at Solihull all of his life, following in the footsteps of his father and grandfather; in effect, he will be restoring some of the vehicles his grandfather helped to build.