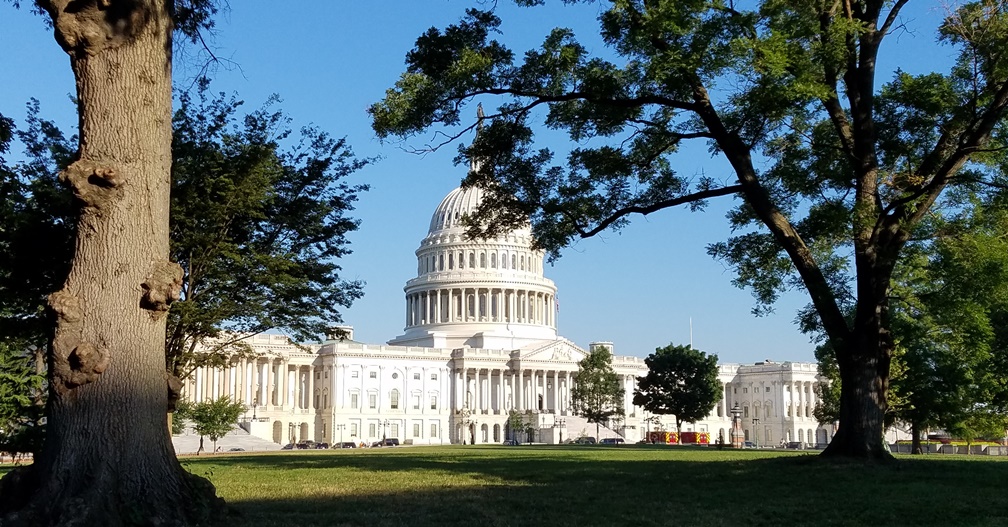 On October 2, 2018, Maryland Congressman Jamie Raskin (D) introduced a Climate Restoration Resolution into the U.S. House of Representatives. This landmark resolution is a significant first step toward congressional support for restoring the atmosphere to a sustainable, pre-industrial state, with levels of CO2 below 300 parts per million (ppm).

It’s further evidence that the world is finally waking to the fact that merely reducing the amount of harm we do is not enough (though it’s obviously essential): we must undo existing damage. This was first voiced in REVITALIZATION publisher Storm Cunningham‘s 2002 book, The Restoration Economy.

The resolution formalizes the value that humanity should give future generations a safe and healthy climate. This means restoring CO2 levels to the safe range for which humanity evolved. Consistent with UN 2020 goals to raise ambitions after the Paris Accord, Representative Raskin is calling for a meaningful goal that minimizes risk for future generations.

This climate restoration goal would require removing vastly more CO2 from the air than the UN currently targets. This increased ambition may be critical for our children’s survival, as our atmosphere now has 40% more CO2 than ever before in human history.

“We can debate the best ways to address the global climate emergency, but we should all agree that we have an obligation to send our children and grandchildren and future generations a safe and healthy climate,” said Raskin. “Let’s start with that basic public commitment first and then work outwards from there to develop the policies we need. Every Member of Congress should be able to vote yes on this Resolution.”

“Congressional support for climate restoration would mean scientists and researchers can forge ahead to pursue effective ways of achieving safe CO2 levels,” said Peter Fiekowsky, Co-Founder and President of the Healthy Climate Alliance.

Carbon dioxide is the primary controller of the climate. Since the dawn of humanity global CO2 levels never exceeded 300 ppm, but current CO2 levels have exceeded 410 ppm. This figure is expected to rise to 450 ppm and beyond by 2050. Research conducted by the Intergovernmental Panel on Climate Change (IPCC), along with recent extreme weather events worldwide, indicate that the Paris agreement target of 450 ppm could lead to irreversible damage to the planet and leave the survival for much of humanity at risk.

Restoring CO2 levels to 300 ppm—the level at which humanity evolved and civilizations developed—will require removing approximately 1 trillion tons of CO2 from the atmosphere, at a rate of approximately 50 gigatons annually. While efforts to reduce emissions are important, they are not enough by themselves to return CO2 to levels known to be safe for humans.

Climate Restoration Both Possible and Essential

Technologies for reducing CO2 levels in the next 20-50 years already exist, and their costs are projected to be less than 1-3% of the global annual GDP. Researchers continue to develop strategies for climate restoration. Both new and existing projects require funding and support. The Climate Restoration Resolution in Congress sends a powerful message and is a key step towards widespread restorative climate action.

“HCA has worked towards creating and supporting a network of individuals, organizations, and political leaders that strive to reverse climate change and environmental damage, so we are thrilled by this important announcement,” added Fiekowsky.

The Healthy Climate Alliance (HCA) is an education, networking, and advocacy project of the Foundation for Climate Restoration. HCA’s global dialogue unites the public, policy-makers, and technical and business experts to promote the shared goals of reversing global warming and restoring a healthy climate.

HCA encourages achievable solutions for drawing down excess carbon dioxide from our atmosphere and restoring Arctic ice by 2050. HCA, led by physicist, entrepreneur and climate advocate Peter Fiekowsky, is committed to restoring the climate for our children.