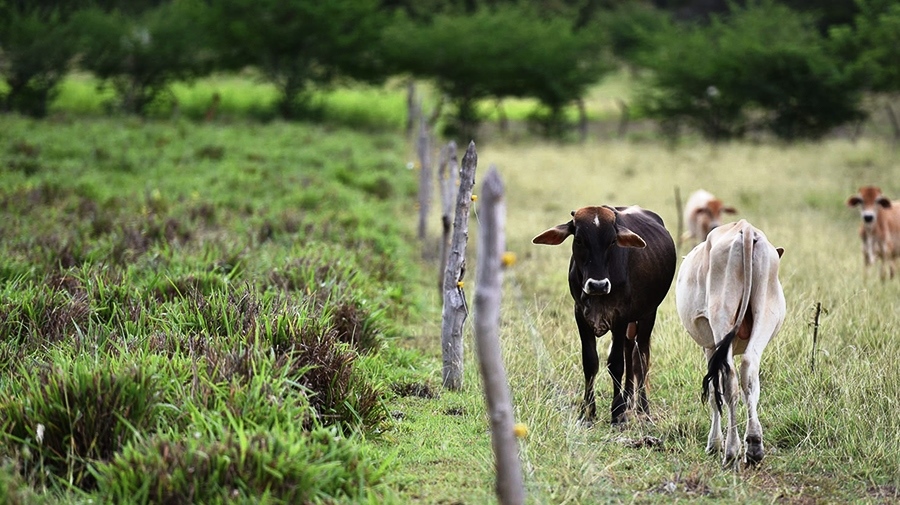 The exceptional climate-altering capabilities of cattle are mainly due to methane, which they blast into the atmosphere during their daily digestive routine. Cattle urine is a lesser-known climate offender. It produces nitrous oxide (N2O), which has warming power far greater than that of carbon dioxide (CO2), the main driver of global warming.

Now, a new study conducted by the International Center for Tropical Agriculture (CIAT) and partners shows that these N2O emissions can be significantly curbed by healthy cattle pastures. 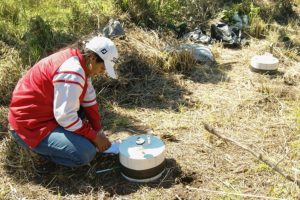 Verónica Ruiz, co-author of the study, is based in Nicaragua. Photo credit: UNAN

For the study, researchers collected urine from cattle at research sites in five countries across Latin America and the Caribbean. They spilled these 500 mL samples on paired cattle fields classified as degraded or healthy, which was determined by vegetation coverage. In six of the seven test sites, degraded pastures emitted significantly more N2O – sometimes up to three times as much. The results were published January 29, 2019 in Scientific Reports, an open-access journal by the publishers of Nature.

“Degraded pastures are bad in so many ways. This study adds to the case for land restoration. Degraded pastures not only affect food security and the livelihood of farmers today, but affects the livelihood of future farmers because they emit more gases that cause global warming,” says Ngonidzashe Chirinda, CIAT researcher and the study’s lead author.

The curious results from the single test site that did not align with the study results – in Taluma, Colombia – may be attributed to a number of factors that merit further research. N2O emissions there were by far the lowest at any test site and were the same on both degraded and healthy pastures. The cattle urine used in the experiment had the lowest nitrogen content compared to the other research sites, which likely contributed to the results. The forage grass used there, Brachiaria humidicola, also has an especially high nitrification inhibition capacity, meaning that it prevents nitrogen from becoming N2O.

The study is a victory for well-designed, modest-budget science. The project began with a weeklong training session at CIAT headquarters in Cali, Colombia, where a team of Ph.D. students from the additional participating countries – Argentina, Brazil, Nicaragua and Trinidad and Tobago – helped design the research plan and standardized the study’s methodology.

“This study highlights the importance of avoiding land degradation in the first place. Maintaining healthy pastures appears to reinforce goals of both the United Nations’ Framework Convention on Climate Change and the UN Convention to Combat Desertification simultaneously,” said Todd Rosenstock, co-author based at the World Agroforestry Centre (ICRAF).

The students returned to their home countries and carried out the experiment to coincide with their area’s rainy seasons, to assure similar climate conditions across study sites. (The exception was Taluma, which was sampled during a period characterized by low rainfall, which is also another possible reason why the N2O emissions were lower there).  “The power is in the number of data points from all the different countries,” said Chirinda.

Featured photo of a silvopastoral system in Colombia’s southwestern area of Cauca shows an electrified fence separating cattle on a degraded pasture from a healthier pasture with improved forage grasses. Credit: Neil Palmer/CIAT.

The unmodified version of this article originally appeared on the CIAT website. Reprinted here with permission.