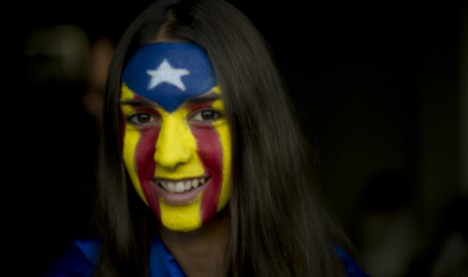 Barcelona, Catalonia, Spain is one of the best-known cities in the world, yet visitors expecting to practice their Spanish can often be surprised when they hear Catalan spoken in the streets.

The language has had a troubled history, but is a key marker of identity in Catalonia, a region where many hope for independence from Spain.

After the Spanish Civil War ended in 1939, the repression was not only political but cultural too. Catalan institutions were suppressed and Catalan was banned in the school system.

With the death of Franco in 1975, and once democratic freedoms had been recovered, the 1978 constitution recognised linguistic plurality and established that Spanish languages other than Castilian could be official languages of the state. Catalan is now compulsory in Catalonian schools. More than 150 universities in the world teach Catalan and more than 400 journals are published in the language.

Catalan is now the ninth language in Europe in terms of number of speakers – more than Swedish, Danish, Finnish or Greek. Catalan is spoken in Catalonia, but also in the Balearic Islands, in parts of Valencia, in Andorra, in the French province of Roussillon, and in the Italian city of Alghero. Overall, it is spoken in a territory that contains over 13 million inhabitants.

More than 80 television channels and more that 100 radio stations are broadcast daily in Catalan and there is a long publishing tradition.

Each year in Spain almost 6,000 books are published in Catalan, some 12% of the total number of books published in the country.