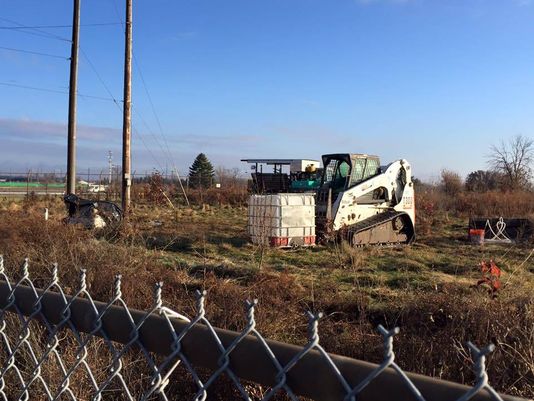 The U.S. Environmental Protection Agency (EPA) announced that the Lansing Regional Brownfields Coalition, led by LEAP on behalf of the City of Lansing, Michigan and its regional partners, has received the maximum grant award of $500,000 through the 2015 EPA Brownfields Program.

Of this award, $400,000 is to be used to investigate economic development sites for hazardous substances and $100,000 is to be used on petroleum-related activity. The Coalition model is unprecedented in our region and allows the community to work together on brownfield-related activities. Coalition partners include the cities of Lansing and East Lansing, and Clinton, Eaton, and Ingham counties.

“This grant announcement is huge for the community as it is a perfect example of how we can access big dollars by embracing the regional partnership between the cities and counties,” said Bob Trezise, President and CEO of LEAP. “We want to thank the leadership of Lansing Mayor Virg Bernero, East Lansing Mayor Mark Meadows, Clinton County Chair Bob Showers, Ingham County Chair Kara Hope and Eaton County Chair Blake Mulder, U.S. Senator Gary Peters and U.S. Senator Debbie Stabenow, as well as Calvin Jones, past chair of the Lansing Brownfield Redevelopment Authority, which was the lead applicant for this grant. Additionally, we congratulate Keith Lambert, TriCounty Development Manager for LEAP, for his leadership in bringing together these partners to secure this grant award.”

Lansing Mayor Virg Bernero said: “This is a huge win for Lansing and Metro Lansing – especially at a time when our economic development tools are being reduced. We will be able to support dozens of redevelopment projects across Metro Lansing with these funds.”