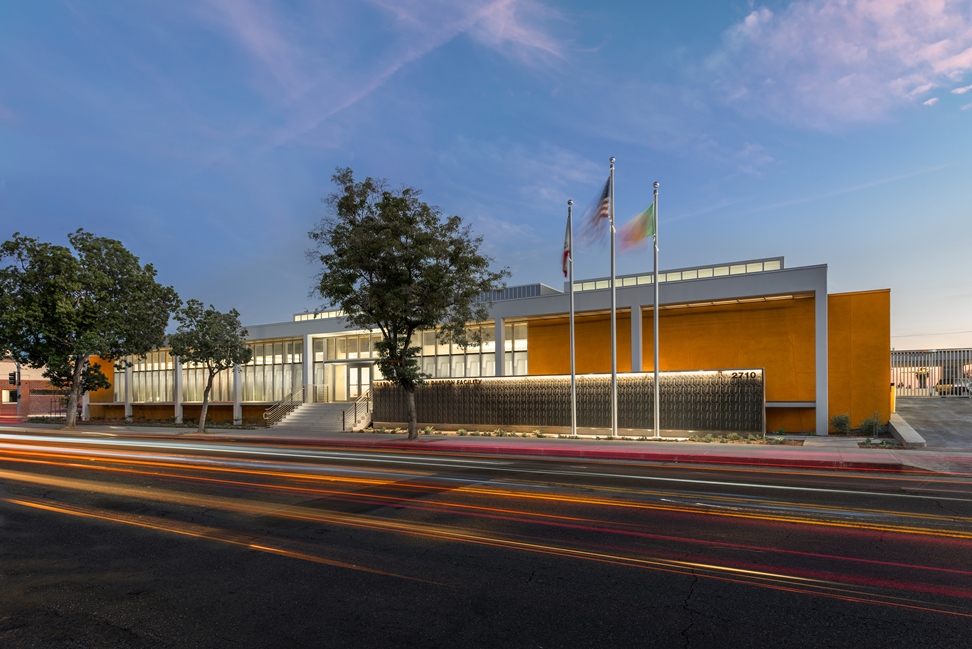 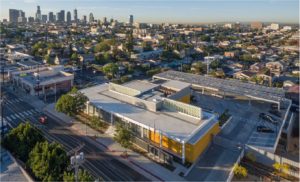 Located on a sloping site near downtown Los Angeles, California, this renovation creates a new chapter in the story of an outdated building by transforming the old Rampart Police Station, a 1966 two-story concrete bunker, into a 24/7 law enforcement facility housing the Metropolitan Division. The renovated building provides a fresh, accessible image for the LAPD and a reassuring presence to the community.

The program includes a state-of-the-art police facility housing five field platoons, a secure perimeter, staff offices, and amenities such as workout facilities, equipment storage, kennels, parking facilities, auxiliary armory, and display areas, with limited access for the public. The design team worked closely with the facility’s end users to identify the special law-enforcement needs that allow this station to support other community stations. 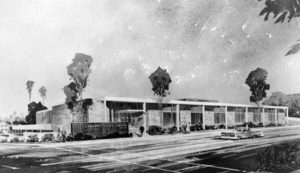 The design incorporates layered degrees of security, produced through carefully understated and invisibly integrated strategies that ensure perimeter security and visual screening of the armored vehicle fleet. The design of the building’s enclosure enhances the perimeter security while softening its image through the use of glazing and greenery. No longer an intimidating concrete bunker, the building is now a good neighbor within the community.

The overarching goal of the design was to provide a cross-platoon collaborative working environment. This was accomplished by opening the exterior enclosure and interior walls to bring daylight into frequently occupied spaces and to maximize efficient work flows (especially in “All Hands” events). In addition, the structure was seismically upgraded, retaining as many existing shear walls as possible.

All existing building finishes, systems, and equipment (mechanical, electrical, plumbing, and site irrigation) were replaced with high-efficiency systems and products that are durable and easy to maintain, and contribute to an improved indoor environment. A large photovoltaic canopy reinforces the regenerative nature of this transformation, which was completed in March of 2016.