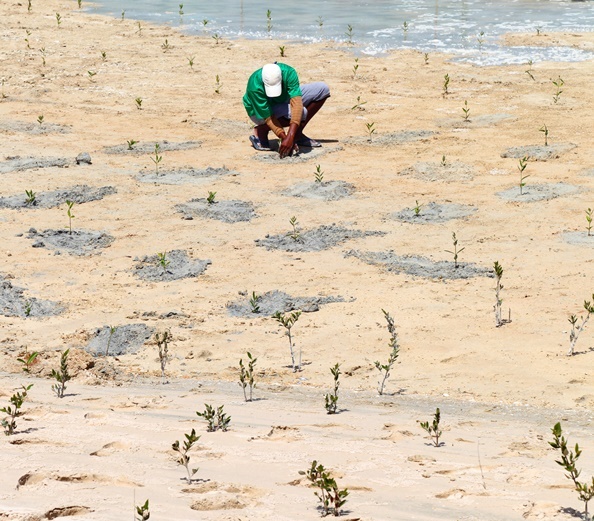 Six years after the BP oil spill, a new plan outlines how billions of dollars dedicated to Gulf Coast restoration will go where it’s needed most.

On August 23, 2016, the Gulf Coast Ecosystem Restoration Council, the body charged with overseeing the expenditure of some $3 billion in civil penalties resulting from the 2010 BP oil spill, released its Comprehensive Plan laying out how that money will be put to use for ecological restoration efforts in the Gulf.

The plan is, on its face, not an exciting document: Running roughly 30 pages, it doesn’t describe any actual restoration projects to be undertaken. Instead, it painstakingly describes the process and criteria that will guide the selection of such projects, including lengthy definitions for words like “program” (“a suite of intrinsically-linked restoration and/or conservation activities that must be implemented together in order to achieve the desired outcome”).

But the new plan from the so-called RESTORE Council actually represents an exhilarating step forward, the culmination of a years-long effort to ensure that the funds from the biggest U.S. environmental settlement in history (in total, BP will pay the federal and Gulf state governments more than $20 billion, much of which is designated for ecosystem restoration) go where they’re most needed.

“We see this as the blueprint for what is going to be the most fully funded restoration program in United States history,” says David Muth, the director of the Gulf Restoration Program of the National Wildlife Federation, which is part of a coalition of environmental groups, including the National Audubon Society and Environmental Defense Fund, that helped guide the council as it hammered out the plan

In fact, it’s the very language that makes the new Comprehensive Plan so boring to the average reader that also makes the plan a success: It spells out in explicit terms how the council, which is composed of members from the five Gulf states and six federal agencies, will seek to develop the kind of ambitious, coordinated, long-term ecosystem restoration projects that are desperately needed in the Gulf region.

On August 23, 2016, the Council released a proposed update to its 2013 Comprehensive Plan. The draft provides important additional strategic guidance for the Council to follow as it makes decisions on funding projects and activities aimed at restoring the Gulf of Mexico. Public comments on the draft Comprehensive Plan Update will be accepted from August 23, 2016 to October 7, 2016.