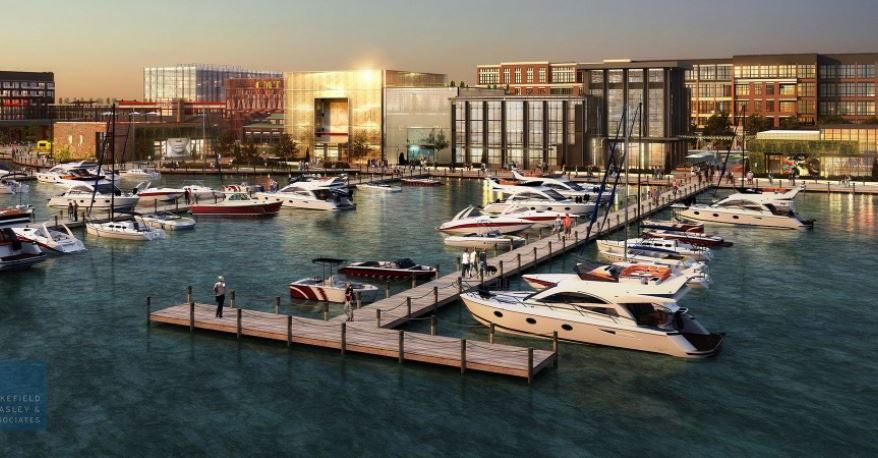 Riverton combines residential, retail, entertainment, marina, office and hotel in a carefully curated street level experience, highly-programmed gathering spaces and resort-inspired hospitality. Passive recreation and open space will complement the built environment, along with an array of public and civic uses focused on more than a mile of riverfront located within twenty miles of Lower Manhattan.

NAP will introduce the next generation of commercial real estate to the site, one of the largest brownfield remediations in New Jersey history and widely considered the largest developable tract along a major transportation corridor in the United States. The result will be a vibrant community that will generate tens of thousands of jobs, millions of dollars in ongoing tax revenue and a magnetic attraction for the 20 million people who live in the New York metropolitan region, and for the millions of others who visit each year.

“We create great, walkable places that connect people to each other; cities to their souls; partners to opportunities; and individuals to experiences that move them,” explained Mark Toro, managing partner, North American Properties in Atlanta. “We are bringing together a world-leading visionary team to create New Jersey’s next great hometown, advancing the community-building skillsets we developed at Avalon.”

Toro calls the site “One of the last great real estate pieces left on the Eastern seaboard.” He added that the project will be similar to that of National Harbor and The Wharf, both in the Washington, DC area. 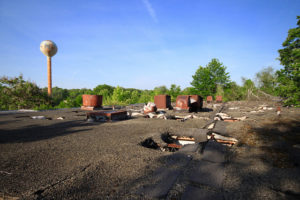 National Lead site before remediation.Photo via Forgotten Past of New Jersey.

The site was remediated by the previous developer, Sayreville Seaport Associates, of which O’Neill Properties was the major partner. Cleaning up the lagoon turned out to be far more challenging than the company expected when it bought the property, said Brian O’Neill Jr., Mr. O’Neill’s son, who manages the Sayreville project.

“We were unaware of the depth and consistency of the material that was in the lagoon,” Mr. O’Neill Jr., 29, said. “In some places it turned out to be 10 feet thick of this acidic paintlike substance, like quicksand.”

O’Neill bought the Sayreville site for $80 million in 2008, some two decades after it was abandoned by NL Industries, formerly National Lead, which had manufactured paint pigment there since 1934. In early 2014, the Environmental Protection Agency directed the company to pay $79 million to clean up a 40-acre lagoon on the east side of the site.

NL Industries was found to be at least partly responsible for contamination there, which included PCBs, titanium dioxide and technologically enhanced naturally occurring radioactive material. This required a multiyear environmental remediation project costing $45 million, and involving the removal or treatment of 360,000 cubic yards of soil.

O’Neill had planned to put a shopping mall on the site, as previously reported here in REVITALIZATION. With single-use shopping malls dying across the country, this mixed-use proposal will more likely be successful, and will obviously be far more revitalizing for the local community.

The project has received strong support from State leaders, as well as the leadership of Middlesex County and the Borough of Sayreville. A critical component of the project financing will be the continuing support from the New Jersey Economic Development Authority (NJEDA) through the Economic Redevelopment & Growth Program (ERG), which EDA approved in 2014 and will be asked to reaffirm for the updated vision.

“The effect on our community will be nothing short of stunning,” Sayreville Mayor Kennedy O’Brien said. The town looked forward to working with the developers “to create the type of innovative project that is tremendously beneficial for the people of our community, and creating the type of regional destination of which we can be enormously proud,” he said.

The project is billed as a national example of next-generation, mixed-use development, placing “heart share over market share” in creating America’s next great hometown. A few statistics:

About 372,500 vehicles traverse the Driscoll Bridge, at Exit 125 of the Garden State Parkway, each day, and considerably more in the summer months. The newly opened exit supplements exceptional access already afforded by interchanges on Route 9 and Route 35, rivaling virtually any site in the United States for unimpeded access to America’s most coveted marketplace, the New York metropolitan area.

See 2016 article by Jon Hurdle in the New York Times.