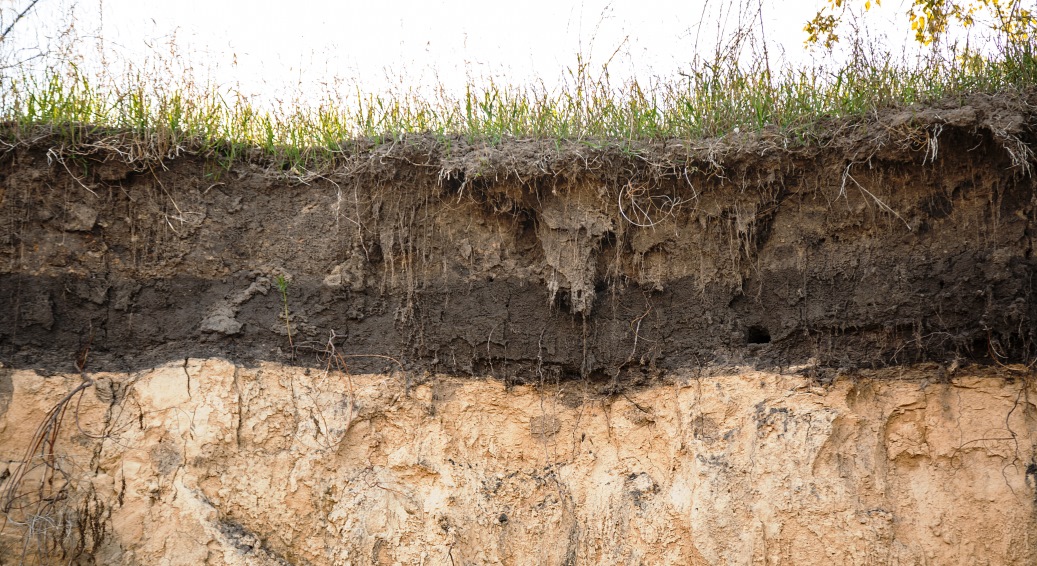 The first-ever Food Systems Pavilion to be featured at a UN Climate Change Conference represented an enormous opportunity to ensure that the health of the planet’s soil—and with it, all the nutritional, ecosystem, and climate benefits soil provides—was considered by policymakers in discussions at COP27, say soil experts.

With over half of the globe’s agricultural soil already badly degraded, government leaders and legislators must take quick and significant actions to halt the destruction and kick-start restoration of soil ecosystems, said Leigh Ann Winowiecki, co-leader of the Coalition of Action 4 Soil Health (CA4SH), one of the host organizations of the Pavilion.

“Let’s remember: soil is the absolute foundation of life on land, on our planet,” said Winowiecki, a soil systems scientist for the Centre for International Forestry Research – World Agroforestry (CIFOR-ICRAF).

But although it’s the very basis of the world’s food systems – as well as the third-largest carbon sink – soil has never been officially recognized at COP.

“Soil is literally and physically central to our existence. It’s the skin of our Earth,” added Winowiecki, whose coalition co-leaders include World Food Prize laureate Rattan Lal, distinguished professor of soil science at Ohio State University (OSU), and Kelly Witkowski of the Inter-American Institute for Cooperation on Agriculture (IICA) in Costa Rica. Other coalition partners include World Wildlife Fund (WWF) and the UN Convention to Combat Desertification (UNCCD).

This emphasis on food systems and resources, via the Pavilion at COP27 in Sharm El-Sheikh, Egypt on November 6-`8, 2022, shone a powerful spotlight on issues of soil health, food and nutrition security, and the need for rapid action to promote both. The alternative is already extremely costly: soil degradation has compromised the lives of more than three billion people and costs the global economy as much as USD 10.6 trillion per year.

In response, the CA4SH, a multi-stakeholder platform launched at the UN Food Systems Summit in 2021, has drafted an urgent Soil Health Resolution for governments to endorse and issue publicly during COP27. With government leadership and multi-stakeholder partnerships, co-signing such a declaration is critical, argues CA4SH, for the full contributions of soil to be realized.

The resolution calls on political leaders to recognize, affirm, and support efforts to encourage farmers towards land-management practices that build healthy soil. That could be through regenerative farming techniques including growing the trees and crops that can meet the world’s need to feed its growing population while removing carbon from the atmosphere and sequestering it in their land.

It urges governments to cooperate internationally in reversing soil-degradation processes while emphasizing the importance of aligning UN conventions on that reversal, as well as cooperation on climate change and biodiversity to reduce overlap and work efficiently. Finally, it asks leaders to consider the importance of healthy soil in achieving the objectives of the UN Decade on Ecosystem Restoration.

“Soil gives the world so much: healthy soil is so critically important for climate change mitigation and adaptation, ecosystem restoration, food and nutrition, and security,” said Winowiecki. Many of the significant nutrients in food are only available because they come from the soil. So managing soil solely on the basis of yield can increase the risks to human and environmental health.

“We often don’t make the connection that those nutrients actually come from the soil,” Winowiecki said. “If it’s not available in the soil, then bananas – for example – are not going to be high in potassium anymore. Making that connection between healthy soil and nutritious food is so critical, but we also need to take a whole systems approach. To quote Rattan Lal, ‘Healthy Soil equals Healthy Food equals Healthy People equals a Healthy Planet’.”

Even so, those benefits are eroding as the planet is losing 24 billion tons of fertile topsoil each year due to unsustainable land and soil management practices that result in degradation, erosion, salinization, compaction, acidification, and chemical pollution accumulation.

The fundamental goal of the CA4SH is improving soil health globally by addressing critical implementation, monitoring, policy, and investment barriers that constrain farmers from adapting and scaling healthy soil practices.

Almost half of the coalition’s 110 members are farmer organizations and NGOs. It strives to support integration of soil health in national and international policies; expansion of research and development into soil-health practices, monitoring and evaluation; increase of land area under healthy soil practices; as well as to promote a significant increase in soil-health investments.

The coalition, in a call to action, urges the recognition of soil health as a vital asset that plays a central role in tackling some of the world’s most pressing challenges, from food security and nutrition to climate change and inclusive economic opportunity.

Furthermore, that includes acknowledging the part healthy soil plays in supporting nature and resilient livelihoods, and its part in providing a return on investment (ROI) all along the value chain.

It calls for an acknowledgment of the important role of farmers as agents of change and innovation, development of methods and tools that allow soils to function as a vital living ecosystem, and collaboration with other stakeholders in a landscape.

This article by Sandra Cordon originally appeared on the CIFOR website. Reprinted here (with minor edits) by permission.