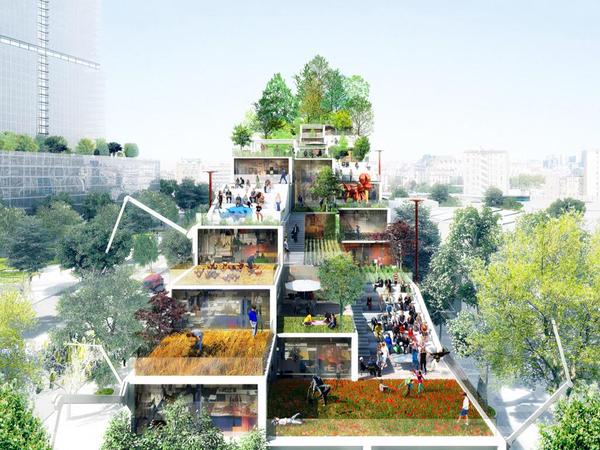 It was a plan aiming to “give the keys of the fabrication of 23 territories” to “all those who contribute to the fabrication of the city,” explained Anne Hidalgo, the mayor of the French capital. At the center of this project, there was a single motto: architectural, urban and social innovation.

This plan concerns 23 Parisian sites called up to be reinvested in and reinvented. It’s for one of these sites, the disused railway station of Massena in the 13th arrondissement, that the project of Lina Ghotmeh, Lebanese architect who heads up the DGT Architects group, was preselected in mid-July, alongside 74 other projects.

If the jury, consisting of experts and representatives of the executive organ of the city, the town halls of the involved arrondissements, city management and political groups of the Council of Paris, votes for the project by the Lebanese architect, a “tower of Babel” will rise on the site of the disused railway station.