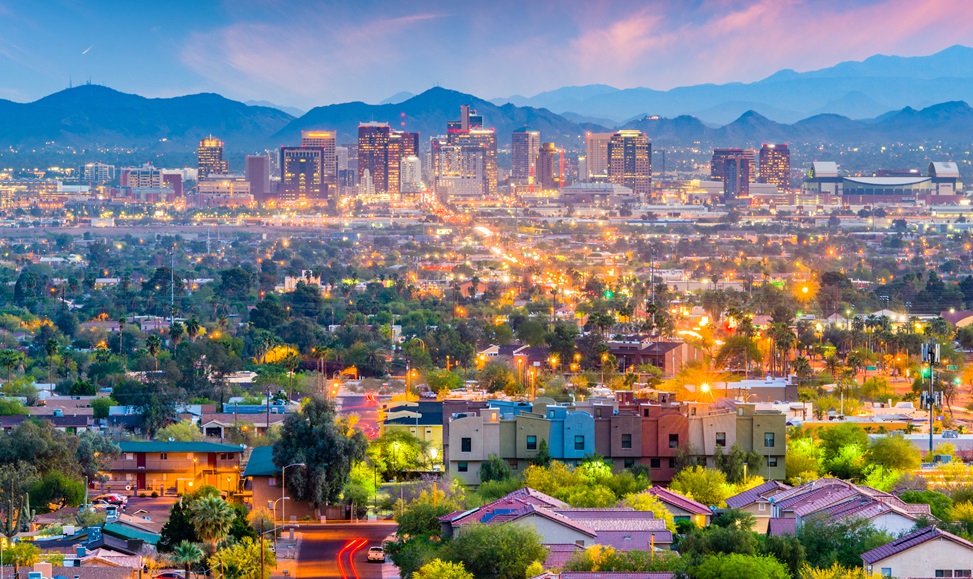 Regular readers of REVITALIZATION know that convention centers and sports arenas are some of the most commonly-encountered examples of big-ticket revitalization failures.

This is sometimes due to outsize influence from politically-connected developers. It’s sometimes due to mayors who want something big and shiny in their legacy. But it’s most frequently due to the project’s not being part of a strategic renewal process.

Light rail and downtown universities, on the other hand, are usually a reliable downtown revitalizer. They are so powerful, in fact, that they sometimes succeed in the absence of both a cohesive strategy and a process to implement that strategy.

Phoenix, Arizona is emerging as an exception to the norm, as concerns sports arenas and convention centers. There, light rail, education, a new convention center, and sports activities have combined to create what many are calling a successful downtown revitalization.

Today, more construction cranes now dot downtown Phoenix’s skyline than ever. The area’s population is surging to record levels, as is the number of employers bringing new jobs to the core of the nation’s fifth-largest city.

More than 70,000 workers, residents, tourists and students visit downtown Phoenix each day. The area’s many new restaurants are filling up at breakfast, lunch and dinner, and trendy bars and shops are drawing people from Valley suburbs downtown at night and on weekends.

The downtown Phoenix of today is nearly unrecognizable from the downtown of 30 years ago. And the evolution has required tremendous investment — from taxpayers, urban planners, businesses, university leaders and sports teams.

“Downtown Phoenix today shows the most progress it has in at least 40 years,” said Jon Talton, a Phoenix historian and former Arizona Republic columnist, who grew up in downtown. “By Phoenix standards, what’s happening in downtown is nothing short of a revolution.”

In the early 1990s, downtown Phoenix was like a ghost town at night and on weekends.

Workers in the area jumped into their cars and left at quitting time. There were few places to live in Phoenix’s core and little shopping or restaurants to keep people around after work.

The thriving downtown Phoenix of the 1960s had been left barren by the exodus to Valley suburbs in the 1970s. Downtown Phoenix had the cheapest parking of any major city in the early 1990s because there were so many vacant dirt lots in the area.

The area’s comeback started when the Phoenix Suns and the Arizona Diamondbacks made downtown Phoenix their home. Then Valley leaders and voters decided to back bonds that created a bigger convention center, a major hotel and a partnership for Arizona State University to grow rapidly in the area.

Light rail started its trek through downtown in 2008, bringing more visitors and eventually development. The city hasn’t slowed its pace since. And local leaders say there’s much more to come.

“Downtown Phoenix’s increased density with new development, and so many more people on the street make the area so much more alive,” said Cindy Dach, a resident and business owner in the area, who also co-owns Changing Hands bookstore.

The Arizona Republic article linked to below tells the story of the downtown’s long process of revitalization, and includes many photos, both historic and current.

Photo of Phoenix via Adobe Stock.

Read the full story by Catherine Reagor, Jessica Boehm and Rachel Leingang in the Arizona Republic.