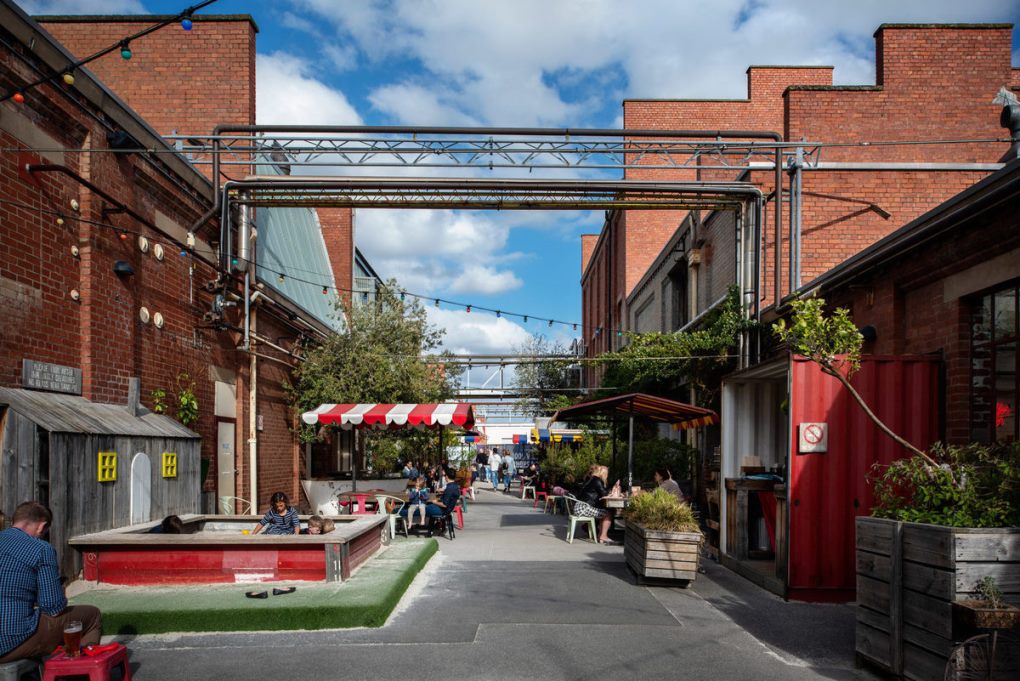 When I (Storm Cunningham) was in Australia back in 2015, doing a couple of keynote presentations for the Planning Institute of Australia in Sydney, NSW and Perth, WA, one of my favorite recreational experiences was when my wife (Dr. Maria MacKnight) and I enjoyed brews almost daily at the famous Little Creatures brewery, during our time in lovely Fremantle, WA. 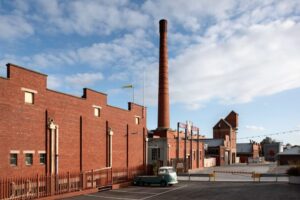 Housed in a repurposed and renovated old waterfront warehouse, the brewery had played a major role in the revitalization of this old industrial area.

Little Creatures started in 2012, and was going great guns when we were there, opening another brewery in Geelong, a city near Melbourne, Victoria on the other wide of the country that same year (2015).

Continuing their restoration economy-based model, their east coast base repurposed and renovated an abandoned, historic textile mill, The Valley Worsted Mills, in the industrial area of South Geelong. 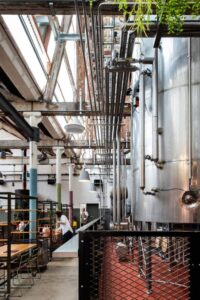 The intention of the architects at Robert Simeoni Architects was to restore and expose the structure and character of the heritage listed mill, which was built in 1924.

New associated administration and hospitality areas were defined while still allowing the structure and materiality of the original buildings to show through.

The historic red brick walls provide a striking backdrop to the different uses throughout the site with the saw tooth roof structure allowing light into the new spaces. 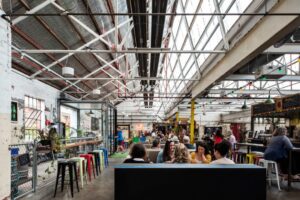 Planning the renovation of the mill complex took place within a strict heritage framework.

This involved working closely with the local Council to achieve an outcome which respected the heritage values of the original buildings, while accommodating a technically complex production process.

The works provided a backdrop for new bars and restaurants to open within the site which have become a drawcard for the local community and visitors to Geelong.

All photos are courtesy of Nicole England / Robert Simeoni Architects.