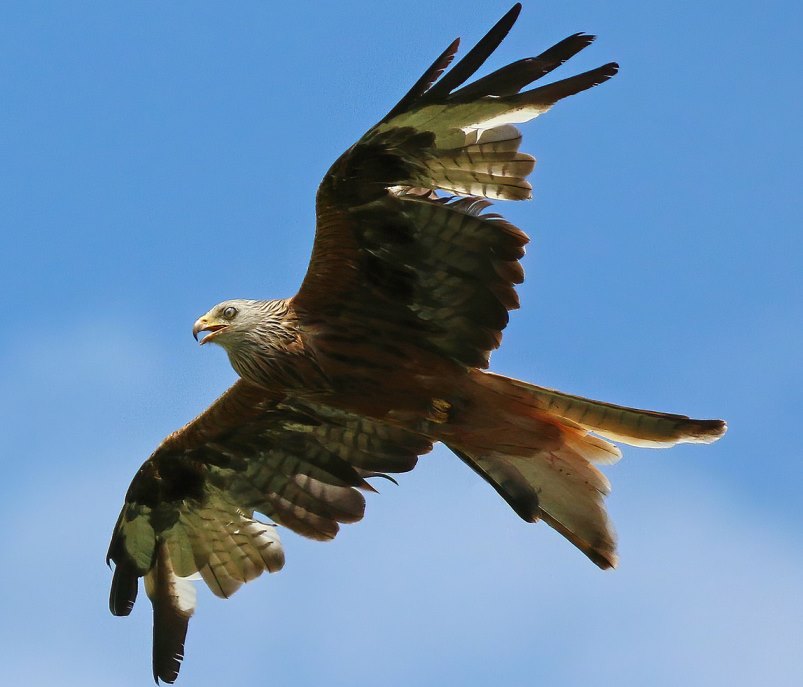 Restoration ecologists celebrated a landmark moment in English wildlife regeneration in July of 2020: the 30th anniversary of the re-introduction of red kites to the Chiltern Hills.

In July 1990 in the Chilterns Area of Outstanding Natural Beauty, 13 young red kites—recently flown over from the Navarra region in Spain—took to the skies in their maiden flight in England, as part of an ambitious reintroduction program. The red kite is one Britain’s most distinctive birds of prey. It has an unmistakable reddish-brown body, angled wings and deeply forked tail, and is known for its instantly recognizable mewing call.

Natural England chair Tony Juniper says “Red kites are one of our most majestic birds of prey with a beautiful plumage, and are easily recognisable thanks to their soaring flight and mewing call. Persecuted to near-extinction, they have made a triumphant comeback in England over the past three decades.”

“Thanks to this pioneering reintroduction programme in the Chilterns, increased legal protection and collaboration amongst partners, the red kite stands out as a true conservation success story. The flagship red kite reintroduction project paved the way for further species re-introductions, helping to reverse the historic deterioration of our natural environment and our precious species that inhabit it,” he added. 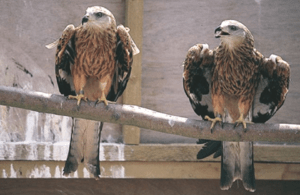 Historic photo of red kites on the day of their release.

The Nature Conservancy Council (now Natural England) collaborated with the RSPB, Joint Nature Conservation Committee (JNCC), Zoological Society London and British Airways to release the birds 30 years ago in an area on the Buckinghamshire and Oxfordshire border.

Red kites used to breed across much of the UK, but persecution over a 200-year period saw numbers fall as they increasingly became a target for egg collectors, reducing them to a few breeding pairs in central Wales. By the 1980s, the red kite was one of only three globally-threatened species in the UK.

The re-introduction 30 years ago was hugely successful, and helped established a thriving population of the birds in the Chilterns area. The location was selected due to its suitability in meeting the criteria set out by the IUCN (International Union for Conservation of Nature).

The move led to further introductions and the eventual re-establishment of red kites across the UK. By 1996, at least 37 pairs had bred in southern England and today red kites can be seen regularly in most English counties with an estimated 1,800 pairs breeding across the UK.

Jeff Knott, RSPB operations director for Central and Eastern England explained “The red kite introduction project has been a fantastic example of conservation in action and is the result of really effective partnership working, which we’re proud to be part of. It’s been amazing to see a species once persecuted to near extinction in this country, brought back and welcomed by local communities, with local economies reaping the dividends of the return of this iconic species.”

“In the 1980s, anyone wanting to see a red kite had to make a special pilgrimage to a handful of sites. Today it is a daily sight for millions of people. In a few short decades we have taken a species from the brink of extinction, to the UK being home to almost 10% of the entire world population. It might be the biggest species success story in UK conservation history!” Knott continued.

Red kites first breed at two years old and produce a single clutch of around three eggs, returning to the same nests each season. They feed mainly on carrion and worms, but are opportunistic and will occasionally take small mammals.

Red kites are now a common sight in the Chiltern Hills but can be seen across South East England, Yorkshire and the East Midlands, and in Wales and Scotland.

The government is committed through its 25 Year Environment Plan to reintroducing formerly native species where there are clear environmental benefits.

Danny Heptinstall, Senior International Biodiversity Adviser at the JNCC, said “Thirty years ago, the reintroduction of a lost species was a radical act. Thanks to pioneering projects like the Chiltern Red Kites, it is now a standard tool in the nature conservation toolkit.”

“In 1990, the UK had a only a few dozen red kites, 30 years later there are over 10,000. JNCC is delighted to have played its part in this ground-breaking conservation success story, and look forward to the continuing success of the project and others like it,” he concluded.

Featured photo of red kite is by Charles J. Sharp of Sharp Photography via Wikipedia.